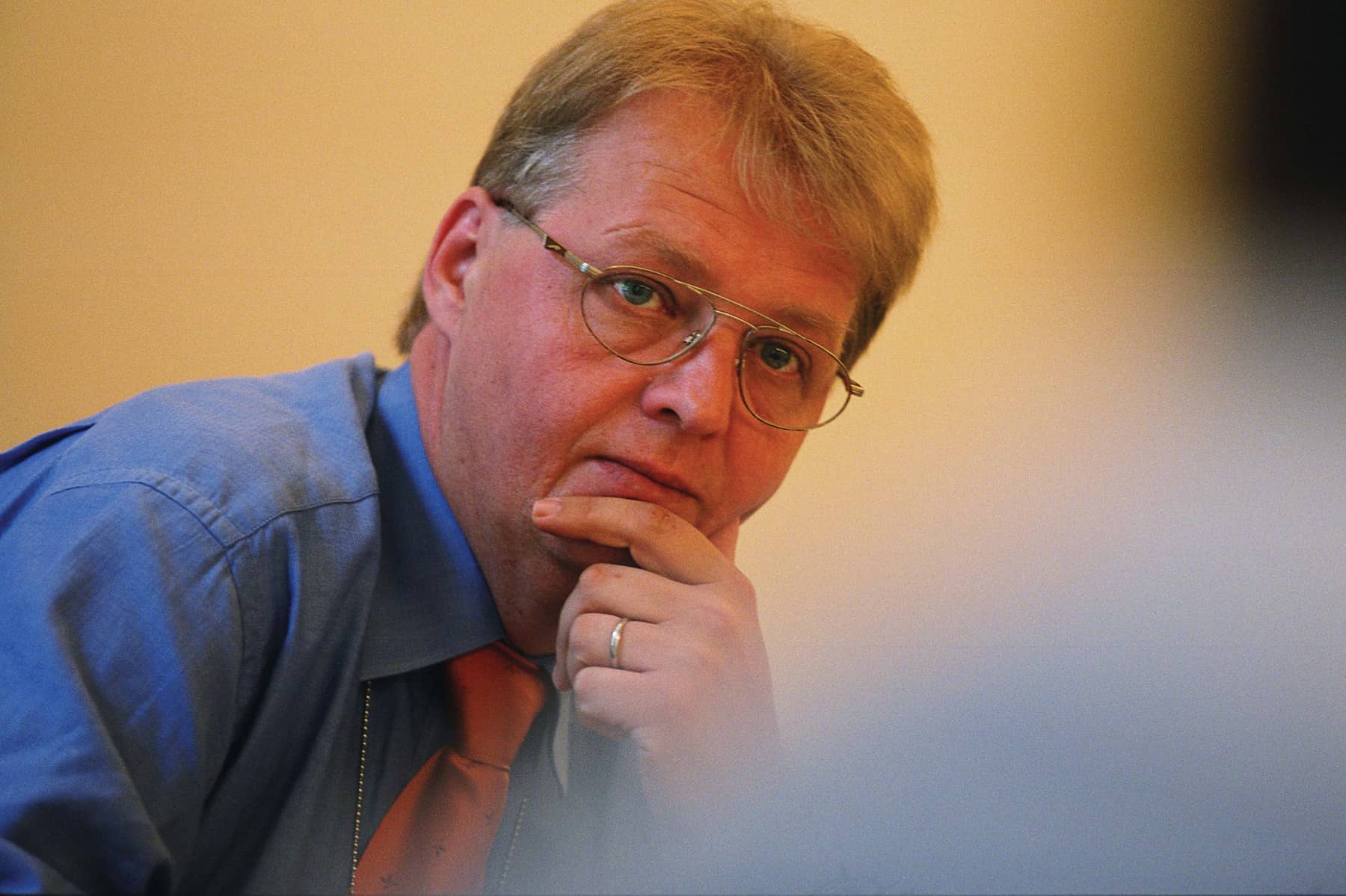 Shortly after joining the Dresdner Bank in Frankfurt in the late 1970s, Michael Walther was sent to London as part of his training. Lodgings were found for him in Wimbledon. To be sure he found his way to the office on time the following day, Michael decided to walk to the City to check out the route. He had not realized that it was a six mile walk in both directions, and longer by the time he had reached the river and chosen to walk along it. It was typical of the German-ness of Michael to be so thorough (“The Germans always do everything 110%,” as he used to joke) and typical of the man, not only to be so hungry to satisfy his curiosity, but also to tell this story against himself. And it was while out walking again, with his wife Manuela near their home on the outskirts of Zurich, that Michael collapsed and died suddenly of a heart attack on Good Friday.

With SWIFT in Switzerland, Michael liked to say he had found the ideal combination. He could work in a major financial center, while living close to water and the ski slopes, without the punishing travel schedule of his days in Frankfurt. He loved to share the experience with friends and colleagues. Visitors would be invited to stay at the hotel in his village, where Michael would join them for dinner and drive them into the city for their meetings the next day. Though we both got to know Michael in almost every major city in the world over a decade and a half-as he represented, successively, Dresdner Bank, Deutsche Bank, and finally SWIFT-he remained remarkably constant. For Michael was a true believer. He believed that what he did mattered, and mattered greatly.

Michael combined his commitment to work with a staggering capacity for entertainment. But, regardless of the location or the flow of alcohol, he always had his mind on the matter at hand-which was business. In bars and restaurants from Tokyo to Frankfurt to New York, Michael made his pitch and stuck to it remorselessly while lesser mortals wilted. For every snag in the investment process, Michael had a solution, often drawn from industries far removed from securities services. Michael always thought he had a better idea, for your business as well as his own. Astonishingly, most of the time, he did.

Michael never failed to keep abreast of all that was happening in the industry. No visit to German-speaking Europe was ever undertaken without a preliminary call to Michael to find out who to see and what to talk about. But those who knew him would not have missed a chance to see him, even if he had nothing useful at all. As the turnout at his memorial service in Zurich on March 30 made plain, Michael had a wonderful capacity for friendship. At conferences, he dispensed introductions between friends freely, where others would have guarded their contacts. Michael Walther was funny, kind and totally without pretension. At SIBOS in Copenhagen, we will be looking for that unmistakable figure, full of bounce and bonhomie, to draw us aside and explain the next big thing in the industry. It seems unthinkable that, this time, it will not happen.

Michael Walther (1958-2005), Director of the SWIFT office in Switzerland since 2001, joined the Brussels-based messaging network in 1998 as Principal Sales Representative in Germany. Prior to joining SWIFT, he was Head of Global Marketing and Sales in the Securities and Custody Services Division of Deutsche Bank. Prior to that, he spent 10 years with the Dresdner Bank initially in Asian Correspondent Banking, then as Head of Sales and Marketing for Custody, and finally at the Tokyo subsidiary of the bank.–Dominic Hobson and Charles Ruffel

This article originally appeared in Global Custodian, Summer 2005, as “In Memorium – Michael Walther.”