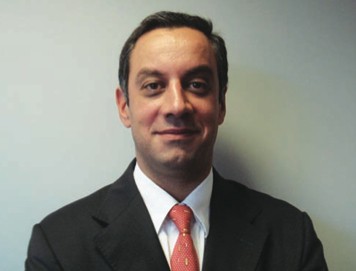 In today’s world of powerful analytics, straight-through processing and complex securitization, it’s easy to forget how complicated even the simplest transactions of today were a few short years ago. Before electronic settlement, what was the preferred method to transfer paper equity certificates in Greece? By truck, says Eurobank EFG’s Dimitri Vassiliou.

Working through that experience, though, has made handling the difficulties of the Greek market and its neighbors, including Serbia, Turkey, Romania and others, where Eurobank EFG operates, easier to handle, says Vassiliou, who joined Eurobank EFG in 2004. Institutional investor clients see Eurobank EFG’s markets as unique from the rest of Europe, he says. Even though the entire scene has changed remarkably in 10 years, the area still lags behind Western Europe in significant areas. For example, not all of the countries are in the European Union or the Eurozone. The account structure is also completely different from that in Western Europe. Clients have to have individual accounts in their own names to in- vest in the country. Fees are paid differently and central securities depositories (CSDs) charge for their services differently. Yet, like other institutions that operate in complex markets, Eurobank EFG is held to the same standards as more developed markets-which is ultimately beneficial for the business, says Vassiliou, who before Eurobank EFG was head of sales and relationship management for BNP Paribas in Athens from 1998 until 2004.

Eurobank EFG has something that firms in other complex markets can’t necessarily count on: an implicit guarantee of greater harmonization. Countries such as Bulgaria and Romania that have joined the EU are obliged to reform their markets. “They don’t really have a choice now,” Vassiliou says.

But even Greece, an EU member, has market peculiarities. Greek pension funds work in a completely different way than their counterparts in Western Europe, Vassiliou says. They don’t actively manage their portfolios, for example, by appointing an asset manager, like in Western Europe. “Pensions are a tremendous issue in our markets,” Vassiliou says. “The government will be obliged in the coming years to look at this matter very seriously and make big reforms. But at the end of the day for local banks providing custody, this can only be positive.” –EH