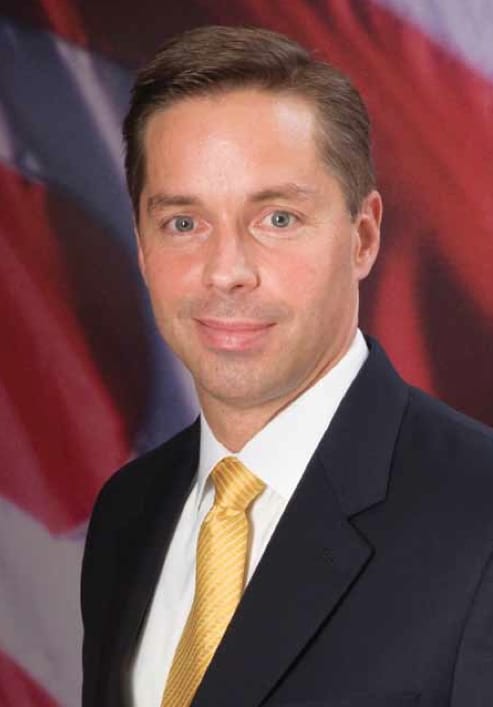 The Brown Brothers Harriman sub-custody network covers 100 markets. Andrew Rand, head of network management at the Boston-based global custodian, has visited 90 of them. It is a travel schedule which requires genuine interest as well as energy, and one which doubtlessly has furnished Andrew Rand with a fund of anecdotes which most network managers would regard as an invaluable bargaining tool, especially at the bar.

But Rand remains the soul of discretion. “What happens in Botswana, stays in Botswana,” he jokes. He is, however, tempted to name India and Ukraine as the most challenging markets in which to operate. “The Indian authorities have on occasion introduced things retroactively, and sometimes have issued rulings that are less than clear,” says Rand. “Ukraine is near-impossible to operate in, because it is so difficult to enter into the market. It would seem that the Ukrainian government does not have a full appreciation for how difficult it can be for a foreign investor.” As it happens, Kiev is the only city in which Rand has had an unequivocally negative experience on a due diligence trip: He was mugged by a taxi driver and his accomplice, but he still says he is happy to return at any time because “things like that can happen anywhere.”

Indeed, Rand argues that the rewards of network management more than compensate for its risks, and that the most rewarding thing of all about being a network manager is the opportunity to help an emerging market develop. Unlike their developed brethren, emerging market regulators are open to advice and assistance. In emerging Europe, in particular, it is not unusual for Andrew Rand to meet directly with the finance minister.

Though the Chinese could scarcely be described as open, it is in the same spirit of sharing knowledge and experience that he has agreed to work with the indigenous Chinese banks as they develop their in-bound custody services. Rand thinks their ambitions, which are regional as well as domestic, are realistic. “In 5 to 10 years’ time, Citi, HSBC and Standard Chartered probably will not enjoy the same market share in Asia as they do today,” he says.

However, any agent bank that works hard to encourage the local regulators to raise a market practice, legal and fiscal infrastructure to international standards will always win plaudits from Andrew Rand. In fact, he is so confident of progress in standardization and technological support for standardization that he expects the travel burden of the network manager to shrink dramatically over the next 20 years. “One of my peers said to me recently, ‘In 20 years we will look back and say, “You got on a plane how many times, and why? You went where?”‘ Technology is the great equalizer.”

This is of course something of a mantra at BBH, which invests heavily in technology as the chief means of doing more with less, and keeping service quality abreast of the largest global custodians without the balance sheet to match. Yet BBH is also one of the few banks that still believe in relationship banking, and this is nowhere more evident than in network management. The bank has long pursued a more measured and gentlemanly approach to cost containment in sub-custody than other global custodians.

It is evident again in the current willingness to share the pain of sunken asset values and shrunken transaction volumes. Rand acknowledges that the pressure from clients as well as partners to trim the expense ratio is “intense,” but argues that maintaining a strong relationship through boom and bust is more valuable than short-term cost savings.

“It has always been in our best interest to do that,” he says. “I have long argued that it is not a good idea to put the screws to every sub-custodian bank. It is in our best interest to have healthy, vibrant sub-custodians out there. If we put the screws to them, the business will become less interesting to them. They are all running a P&L. I do not want them to get fat off us, but they do need to be healthy.” He adds that he will always respect custodian banks that sustain a presence in a market even when revenues are nugatory, and which ensure they maintain sufficient capacity despite volatility.

This is not a message often heard by sub-custodians grappling with the dilemma of servicing network managers in locations with little or no activity (such as Ghana or Panama) or unpredictable surges in transaction volumes (such as the Middle East). But it is characteristic of the gentler approach adopted by Andrew Rand, which he describes as “partnership.” It is why he fits so neatly into the culture of BBH, whose ownership structure harks back to an earlier form of capitalism in America, but his anti-brashness probably owes something to the fact that he is not actually an American at all. Though he graduated from Oberlin College in Cleveland, Ohio, and took his MBA at Kent State, Andrew Rand is actually a Canadian who grew up in metropolitan Toronto before his parents moved to Houston, Texas. However, his childhood as the son of an international businessman and his undergraduate decision to study languages at home and abroad means that he is really a citizen of the world.

Andrew Rand has lived in Russia and Turkey as well as much of the United States and Canada, speaks Spanish and Russian, can read French, and has inherited from his maternal ancestors a full understanding of the importance of food and beer in Germanic culture. “In my lifetime I think I have had 35 different addresses,” he says. “And I have a great love of foreign languages and culture. Which is why the network management job has been so incredibly satisfying for me. I have a cultural affinity with getting out there and meeting different people.”

So it is not surprising to learn that Rand actually began his career in 1989 not at an American bank, but with a 3-year stint at the National Bank of Abu Dhabi. He joined the bank in Washington, D.C., where a postgraduate internship with a US Congressman had sparked a love affair with the American capital. Determined to stay in the city, he landed a job with the Arab bank through another Congressman who knew someone at the bank.

“I just networked-it was the beginning of my career in network management,” jokes Rand. “We were jacks of all trades, so I learned a lot about banking, and especially trade finance and FX trading, but it was also a cultural awakening for me. I learned all about Sharia long before it was in vogue.” It was followed by 2 years back at college, earning the MBA and a degree in international finance at Kent State, qualifications which secured him a job with the Boston Safe Company.

Just 2 weeks after he joined in 1993, the bank was purchased by Mellon. Rand spent 6 years at Mellon, working almost exclusively in network management, covering Europe for most of that time, alongside fellow Legend Jim Palermo and in conjunction with Jim Keegan and another Legend in Pat Costello. He was recruited to BBH in 1998, again covering Europe for the bank. Five years later, in 2003, Susan Livingston asked him to take charge of the entire network management function of the bank.

It is a measure of the increased sophistication of the art of network management that Rand now has 30 people covering 100 markets, compared to the mere trio of network managers that looked after 65 markets when he, Pat Costello and Jim Keegan were at Mellon. Importantly, BBH has far more sub-custodial relationships in the network (150, to be exact) than it has markets. BBH has never appointed a single bank to cover an entire region and-as the number of relationships implies-divides its business between two banks in half the markets it covers. This was once thought to be extravagant, but no longer. In fact, nothing has pleased Rand more than taking calls from other network managers looking to emulate the BBH model of appointing more than one sub-custodian in every market.

“I have seen a lot of change in the industry, but the one thing that has been rather gratifying lately has been the number of peers from different organizations, who for years questioned or challenged the BBH methodology of having multiple providers, who today are emulating that approach,” he says. “We have moved from being the subject of ridicule to the model of efficiency.”

His justification for multiple sub-custodianship is interesting, given that most of the network managers that are now adopting the same approach are doing it for reasons of risk management rather than efficiency. Rand is unapologetic. “It is a great way to actively benchmark service fees and information products that most people discounted,” he says. But this is only because he sees a proper assessment of credit risk as sine qua non in the appointment of a sub-custodian.

“Credit risk has always been our No. 1 priority, full stop,” explains Rand. “As a private partnership, credit is paramount. At the same time, reputation is paramount. We want to make sure we are using reputable banks. We do our homework, and make sure that the banks we use are not associated with particular groups or individuals that could call into question the standing of the bank.”

He insists that this cautious approach, which many network managers have rediscovered last year, does not impinge on service quality or inflate costs. “Of course service is always important to us, and we have to be competitive financially, but I think we are pretty smart about the way we do business,” says Rand. “Although we do not have the asset base of BNY Mellon or J.P. Morgan Chase, we are able to compete with them in every aspect of the business, because we operate in a very smart way.”-Dominic Hobson