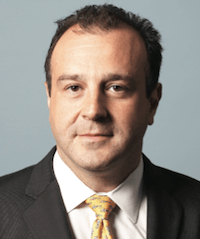 Starting new ventures is nothing new for Laurent Paulhac. So as he prepares to start his new position as CEO of ICAP SEF, the company’s new swap exchange facility, his past experiences have put him in a position to lead the SEF at a time of significant change.

“I think we are in a very interesting time for the financial services industry because of predominantly regulatory pressure and transformation, which creates a great deal of opportunities for businesses, and ICAP is superbly positioned in the post-financial reform world,” says Paulhac.

Since the start of his career, Paulhac has led tremendous growth stories, beginning with his first job after college. Paulhac studied engineering and received his degree in computer science from Columbia University, leading him to join Finiancial Sciences, a startup where he was an early employee delivering financial software to banks and other large financial companies. Soon after joining the company, Paulhac took on a management role, becoming a shareholder and a member of the board.

Then in 1999, Paulhac founded his own company, Prescient Markets, an electronic trading business focused on short-term debt instruments in the U.S. His success in growing the business led to SunGard acquiring the company in 2002, and Paulhac then served as president of SunGard’s STN Money Markets division for the following two years.

After SunGard, Paulhac started consulting, which once again put him in a position to build up a business. “You learn a lot through actually doing something from scratch and seeing how the industry responds and finding out what are the formulas that work,” he says. As a consult, Paulhac joined Credit Market Analysis (CMA), but the company was still in its early years and running out of cash. So Paulhac stepped in as CEO to turn the business around, and three years later he sold it to CME for $100 million.

At CME, a much more established company, Paulhac still found a way to launch new ventures. “My strengths over time have become understanding how to develop and deliver to the marketplace products that are strongly supported by market participants,” he says.

Shortly before he joined CME through the CMA acquisition, CME tried to expand its swap capabilities by buying London-based multilateral trading facility Swapstream, which Paulhac would later run. Yet when the company first acquired Swapstream, “it struggled to do well under CME, so part of me getting involved was to understand how CME could play a role in interest rate swaps for the industry.”

And in fact, Paulhac ended up having an enormous impact on CME’s swap capabilities—not just by leading Swapstream, but more importantly, by launching a clearing service for OTC interest rate swaps in 2010.

While the business did take some time to grow, 2013 is shaping up to be a huge year for the business. In the beginning of the year, CME’s market share of the swap clearing business stood at around 3%, yet this has ballooned to around 40% as of the end of September.

“2013 was key with the clearing mandate (from Dodd-Frank) as a catalyst for CME to be a successful new entrant in the IRS (interest rate swap) clearing space with material market share,” says Paulhac.

Now, Paulhac will once again try to build a business as ICAP launches its SEF. But if the past is any indication of future results, Paulhac is the perfect fit for the job.