I have been told on a number of occasions, “No wonder your marriage has lasted over 32 years, you are never at home,” which is supported by a phone call I made from St. Petersburg last year, when I called my wife Lyn to tell her, “I am on my way to the airport.” To which she asked, “Why, where are you going?” My response was, “I am on my way home.”

During my 34 years in the corporate trust/custody business, initially with J.P. Morgan and Chase, I have had the opportunity-or some might say the misfortune-to have been associated with some of the more exotic and challenging markets around the globe.

Spending the last 16 years actively involved with the Russian securities market has offered a number of unusual business incidents. I arrived in Moscow in early 1993 as a seconded consultant from Chase to a USAID-funded capital markets project to develop the Russian securities market, and, after an initial three-and-a-half-week project, I ended up living in Moscow for nearly four years. During the October 1993 parliamentary crisis, during which time Aleksandr Rutskoi and Ruslan Khasbulatov were holed up in the “White House,” I was working in the adjacent Comecon/mayor’s office. On the morning of the “break out” I was advised “that this may not be the best place to be working at the moment.” True to the comment, five hours later the building was ablaze prior to the attack on the Ostankino TV tower. I very quickly found out that an open-ended British Airways flight ticket has no value when you are trying to get out of the country. Left with no alternative, the Moscow Aerostar Hotel became my place of refuge. Suffice it to say that Yeltsin decided to use the runway of the adjacent disused airport as the marshaling point for his tank regiments during the unrest.

After I formally settled in Moscow, I was approached by a colleague, who was also a freelance journalist for Marie Claire magazine, and I was somehow persuaded to offer the non-working Jacuzzi in my apartment as a venue for a photo shoot for an article on husband-and-wife prostitutes. I don’t recall how may bottles of washing-up liquid we got through to produce enough bubbles to cover their modesty. 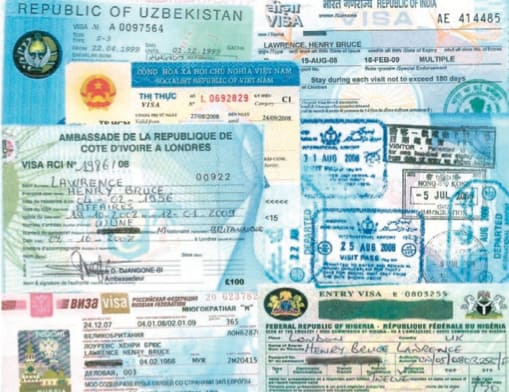 Chrystia Freeland, the Moscow bureau chief for the Financial Times and author of the book “Sale of the Century-The Inside Story of the Second Russian Revolution,” very accurately outlines the challenging times, from 1995 to 1998, when setting up and running the back-office operations for CSFB and, ultimately, the custody business of Credit Suisse Moscow Ltd, brought the business in conflict with the securities market regulators and issuers at that time. The Primorsk Shipping Company based at Nakhodka in the far east of Russia was the first Russian privatized company to launch a rights issue at a time when it was very difficult-if not impossible-for foreign investors to open ruble cash accounts, therefore making it impossible for the existing Western shareholders to partake in the corporate action. At that time I was involved with the very active “disgruntled shareholders association,” which gave me the opportunity to meet with the very genial captain/general director over lunch at the Cosmos Hotel in Moscow to discuss the pros and cons of their actions, only to be told by his translator at the end of the lunch, “Mr. Lawrence, may I suggest you leave Russia at the earliest opportunity.”

On a more positive side, in April 1997 I was awarded the Central Bank of Russia gold medal “for the input in the development of the Russian Securities Market” by my good friend Andrei A. Koslov, the central bank’s first deputy chairman who was very sadly assassinated on the Sept. 14, 2006, after spearheading a drive to close Russian banks suspected of money laundering.

After all these years I am still trying to get my hands on a set of photographs taken by an unnamed and recently departed network manager from State Street, apparently capturing me at Izmailovo market acquiring “antiques for bureaucratic purposes” without the approval of the Ministry of Culture and the payment of 100% duty.

I cast off the corporate comfort blanket in April 1997 and set up H.B.L Consultancy Services Ltd. My role as a consultant and trainer since then has given me the opportunity to visit, and in a number of in- stances become deeply involved with, the capital markets infrastructure of a number of the more exotic/emerging markets.

Of course my involvement with the Russian market continues to this day, having worked for Uneximbank (now Rosbank), Depository Clearing Company (DCC), Vneshtorgbank (VTB), the Ministry of Economic Development and Trade and last year SEB. IIR’s Andrew Barman was kind enough, after a number of years of badgering and persuasion, to produce the Russian Securities Forum conference, which recently celebrated its sixth anniversary. At the same time, in cooperation with the DCC, I was given the opportunity to present the Russian securities market at the inaugural NEMA event in Geneva (June 2001) along with such luminaries as David Hardman, Wendy Lavoie, Floriane Van Schevensteen, Patrick Liddy, Robert Gallagher, Paul Hedges, Ross Whitehill and Mark Davies. A word of warning to those that give approval for their presentations to be made public: Last year, my application to the Cote D’Ivoire embassy in London resulted in a phone call from an official asking me to explain why I had, in a presentation at the sixth NEMA conference in Prague on the African region, made a reference that the Ivory Coast was good at “trafficking in diamonds” and “cross-border arms for hire.” My visa was issued, but just beware about what ends up in cyberspace.

Night travel is commonplace when visiting Central and Eastern Europe. On arriving in Tashkent, Uzbekistan, in 1999 on an assignment for the Asian Development Bank focusing on the development of the Privatisation Investment Funds (PIF) market and the creation of a clearing and settlement system, I was dropped off at my rented apartment early in the morning only to be visited an hour or so later by the local tax police. A conversation was had through a closed front door and agreement reached that they should return later in the day, by which time I had already moved to a more secure apartment. I had the opportunity to return again in July 2004 to review the market development; however, we lost a number of work days on the assignment as the city was closed down following suicide bomb attacks on the US and Israeli embassies on July 30, 2004. Not all was doom and gloom, as Uzbekistan gave me the opportunity to visit what I believe to be the most beautiful city in the world, Samarkand.

During a meeting at the Brown Brothers Harriman offices on Milk Street in Boston in 2001, my mobile phone went off. My wife was calling from London and telling me to get to a TV set and watch the unfolding horror story of 9/11. It was thanks to my client, the DCC, that we were in Boston then as we were previously scheduled to have been in New York City on that day.

In early 2004 I was assigned to a World Bank project to develop the Tirana Stock Exchange (TSE) in Albania. Our accommodation during the nine-month assignment was the Rogner Hotel, which was at the time also the headquarters for KFOR and NATO following the Kosovo crisis. Mealtimes at the hotel required navigating around the machine guns and small arms of the various NATO countries in residence at the time. Albania is a country pockmarked with over 700,000 bunkers constructed during the time of Communist paranoia. Our local counterparts told us “we have no place to live, but we have plenty of bunkers”; there is still one bunker for every four Albanians. The project was greatly frustrated by the refusal of the Albanian central bank to give up the monthly T-Bill auctions to the TSE, and, to this day, the exchange has very limited market functionality. In contrast to the central bank’s stubbornness, it was interesting to note that the pavement outside their main office was the meeting and distribution point for all the illegal black-market money changers.

I have also had the opportunity to be closely involved with the development of the pension fund and custody business in Lagos, Nigeria. I relocated there in October 2005 as the managing director of Zenith Pensions Custodian Limited, a newly formed pension fund custodian. Early in my assignment I was asked to arrange for a gift to be sent to the head of PENCOM, the pension regulator, to celebrate the wedding of his daughter. On asking for a copy of the corporate gift catalogue to make the selection, I was told it would either be a horse or a cow. I still wonder if they branded the corporate logo on the animal’s backside.

Our BCP location was at a disused branch office out near Murtala Muhammed International Airport. Just prior to my departure I received a memo from management informing me of the need to find another location as the premises had been sold to Mr. Biggs, Nigeria’s largest fast-food outlet. I was reminded at NEMA in Ljubljana, by Julian Gladwin (now of Standard Chartered in Dubai), my COO at that time, of a journey in the lift where the passengers’ respective identity cards showed Bruce, Julian, Sunday, Mon- day, Emeka and Thursday. 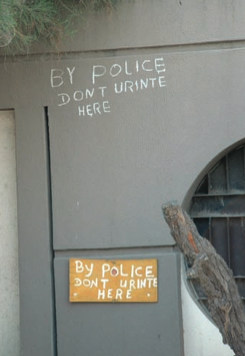 After spending almost a year living out of a hotel room, I was offered a house, with the appropriate security near the office, which gave me a lot more space but still suffered from the frequent power cuts and lack of water. On driving to work one morning my driver, Peace, pointed out that a notice had been placed on the wall saying “BY POLICE DONT URINTE [sic] HERE.” Those of you who have been to Lagos will know what the walls are used for. However, it was not long before I returned to the sanctuary of a hotel.

Following my time with Zenith, I have undertaken assignments with the United Bank for Africa (UBA), First City Monument Bank (FCMB) and most recently the Central Securities Clearing System Ltd (CSCS), the Nigerian CSD, all of which have proved to be enlightening and professionally rewarding. However, there is an underlying culture that must be fully understood to be able to function in the environment.

The last year and a half has taken me on many training assignments around the world on behalf of the International Faculty of Finance (IFF). From being in Iceland on the day their FX markets plummeted to arriving in Delhi on Sept. 13, 2008, at the same time that five bombs were set off, you try finding your driver when the city is in partial shutdown, training the daughter of the Sultan of Brunei and, most recently, being confronted in my hotel room in Beirut by the local militia and being told to delete photos I had taken earlier.

My years in this business have given me so many opportunities and experiences, and, as my wife, Lyn, says, “One day you will get an assignment where you can take me along too” or “If something happens in the world, Bruce will more than likely be there.”