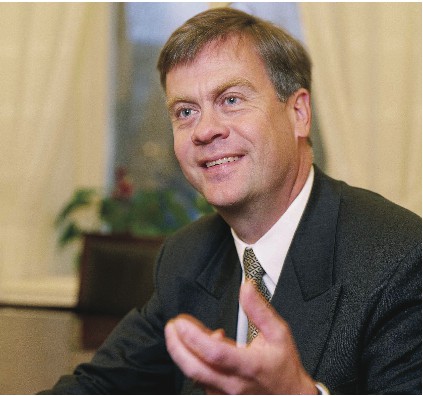 The presence of Goran Fors in the European custody market is sort of like air or water: something you take for granted and is essential to proper functioning. His influence in the industry has been long and deep. He joined Sweden’s Gotabank in its securities operations in 1984. A decade later, he took the reins of Swedbank’s custody and banking services division before joining SEB three years later. Since 2005, he’s been the head of its custody services division.

But he does not stop his two and a half decades with the industry there. He’s a board member at SWIFT, at Euroclear’s cross-market advisory committee, at Omgeo Bank steering group and on several committees of SEB. He chairs not just the odd board or two, but four: the T2S national user group, Sweden; European SWIFT Alliance, ESA; SWIFT NMG Sweden; and Euroclear Sweden’s market advisory committee.

With that level of time and involvement, it’s no surprise then that Fors says that practically nothing has been left unchanged in the industry. “Everything has gone from a very old industry and turned into a large, modern industry,” Fors says. Especially in his part of the world, where he’s witnessed a complete change in dematerialization, the complete changes to cross-border trading in the 1980s, the creation of SWIFT-“what I would call one of the most important changes that allowed the cross-border trading we have today”-and the expansion beyond equities.

More is still to come as the industry is looking with renewed focus on cost and risk in the wake of the turmoil in world markets. Especially interesting will be the changes to the infrastructure in Europe, perhaps along the lines of what other European industries, such telecommunications and public transportation, have already experienced, Fors says.

In general, though, custody will continue to grow-because it has to, in order to meet the needs of markets and clients. Those needs will also become more demanding and, in turn, more pressure from custodians and sub-custodians on the infrastructure.