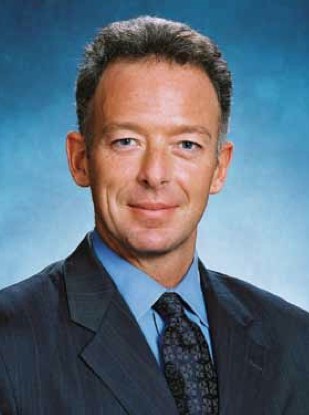 Richard Ernesti entered the securities services industry through a circuitous and, unsurprisingly for those who know him, international path. After studying business management at Suffolk University, he took a job with the Westin hotel chain and lived for a time in both Spain and the Dominican Republic. His parents, whose house happened to overlook the State Street complex in Boston, told him that he needed to “get a real job.”

Ernesti went into State Street on a Friday, passed the accountancy test that day and was told to show up for work on Monday. This was 1987 when things were booming – and completely manual. He was “writing down trade tickets…and running them, in a physical format, to the trading desk.”

The experience was a valuable one, Ernesti says. He worked at State Street for three years and learned a good deal about securities services and crunching the NAV of funds, which he learned how to do with a four-page spreadsheet and plenty of White Out. The price had to be turned in by 5:15 p.m. each day to make the deadline for the newspaper. And if any price failed to make the next day’s issue, it was Ernesti’s responsibility to call and explain to the client why.

“What I love about that background is that to this day, when I speak to an asset manager, I can speak to them coherently,” Ernesti says. “You have a strong appreciation of the process that at the time was manual and that now is almost completely automated.”

Ernesti began working for Chase after completing graduate school, and in 1992 was headhunted from Chase to go back to Boston. “They said a large American bank wants to hire you,” he says. “It was State Street.”

State Street had just bought a bank in Tokyo and wanted Ernesti to run the sales for it. With a lack of Japanese language skills or any experience in Asia, Ernesti didn’t feel he was the logical choice. “I’m probably not the one you want to send to Japan,” he recalls telling his State Street colleagues at the time. But it turns out that he was indeed the perfect choice for the job, and he subsequently became enamored with the country – it was the first place he felt like a true foreigner, he says.

“When I first got to Tokyo in 1992, things weren’t written [in English] on the subway,” he says. Home was “the train station where the first symbol looked like a tree,” and work was “the station where the first symbol looked like a house.” The Japanese colleagues and clients he met were hesitant to speak in English unless they could speak it perfectly, and transitioning to a sales role was tough. Japan taught Ernesti how to accept form over function, he says, and how to be patient.

At a cocktail party in Japan in 1995, Ernesti met Juergen Fitschen of Deutsche Bank, who impressed him immensely. “There are very few times in your life when someone impresses you so much that you say, ‘Gosh, if this man was a garbage collector I would still work for him.'” The feeling was mutual, and Ernesti was regional executive officer in Asia for Deutsche Bank from 1995 to 1999, raising the organization’s top line revenue to $60 million from a starting point of zero.

He came back to the United States for a time, and quickly realized that he covered certain markets much better than others, and took six months off. They were spent with his family, volunteering and learning Italian at a rented villa – during which time his sister had her wedding in the house. He was tracked down during his idyll by Sandy Jaffee of Citi, and was sent to his first assignment in Hong Kong in 2000.

It was a tough time: The Asian bubble burst, and the SARS crisis was unfolding, but it allowed Ernesti to “better understand the connectivity in the firm,” as he puts it.

In 2006 he was sent to the capital market side of the business, to the “wild and crazy world of the trading floor,” in order to have more “cross-pollination” throughout the bank.

“My first day on the trading floor, they have a lot of rules, and I didn’t know any of them,” Ernesti says. “You go from having a large office, to having about two-and-a-half feet of personal space. You’re surrounded by four or five screens, none of which you know how to use. You realize the code of ethics on the trading floor. If you come in late, you’re ‘clapped in’ and the head of the floor determines if you have to buy lunch for the whole floor – that’s four grand, it’s not cheap.”

Being on the trading floor made Ernesti passionate about the market. “I picked up how important it is to really be kept abreast of how things are going in the market.”

In mid-May of 2009, Citi’s Global Transaction Services appointed Ernesti to yet another division of the bank and his current role: global head of investor services client and sales management based in London, responsible for managing the international sales teams across the spectrum of securities custody and clearing, fund accounting, trustee services, alternative investments administration and the securities lending businesses.

From his diverse experiences, Ernesti has molded a kind of philosophy. He sees the business as an equilateral triangle, with the points occupied by product, client sales and relationship management, and operations and IT. There is a healthy amount of competitive tension among those three departments, he says. His job is to “harness the firm” across its various incarnations in order to bring the product to more customers.

Despite the stress and the ever-lucid nature of the industry, Ernesti continues to be happy to come into work each day.