For someone who has worked in so many areas of finance, one might think that Pat Curtin would want to move on from securities services to try something else, but as it turns out, other areas of finance are actually finding their way to him in his current role. 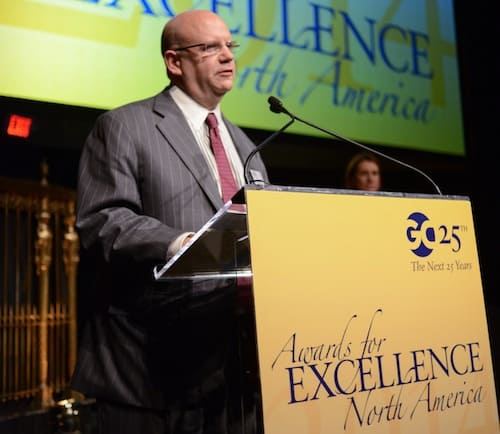 Pat Curtin has always had an interest in finance, but it was actually his work on the buy side that sparked his interest in securities services.

After receiving his undergraduate degree in finance from the City University of New York and his MBA in finance from Long Island University, Curtin, a native of the Bronx, New York, started his career as a fixed income portfolio manager at insurance firm Sedgwick Group. He then moved on to work for pharmaceutical company Pfizer, where he helped manage their pension assets globally.

“In both of those roles, I became a significant consumer of custodial-related services from most of the major custodians, particularly as it related to information delivery, data management, portfolio analytics and performance measurement,” says Curtin.

From there, Chase Manhattan Bank recruited Curtin to be a part of their performance measurement and portfolio analytics group that was tied to the custody business, where he spent a couple years there before diving deeper into the securities services world when he joined what was then Bank of New York in 1996.

While leading the Investor Services group, Curtin played a key role in one of the more significant events in the history of the custody industry. There, he helped facilitate the merger with Mellon from 2006-2007, as he was a lead part of the due diligence team helping to create the economic rationale for the merger in the Investor Services businesses. Curtin was also part of the merger integration group with colleagues from both the Bank of New York side and Mellon side.

This type of experience represents why Curtin decided to move from the front office to the back office, as it came down to his realization that while he enjoyed the analytical aspect of portfolio management, he enjoyed managing business more than portfolios.

“I consider myself a deeply analytical person and as a young man really wanted to understand what made markets behave the way they do, whether it was the equity markets, the market for foreign exchange, the market for fixed income or credit, and I’ve been able to morph that later in my career to understand the market for service provision and the enabling services that power the capital markets,” he says.

After a couple more years of integration, Curtin left BNY Mellon in the beginning of 2009 to join SWIFT for a year as global head of securities, and then Citi as North American head of investor client sales management. Today, he serves as the global head of fund services in Citi’s Investor Services business, leading the business into the headwinds of the post-crisis environment.

“As our industry continues to change in the face of the regulatory challenges that the entire asset management and the servicing of the asset management industry faces, I view this next chapter in my career as an ability to help formulate what this industry will look like in the future,” says Curtin. “The economic model that supports the global custody industry has been turned on its head. In the old days it was a model that was driven by high interest rates, wide spreads in foreign exchange, and generous splits on securities lending, and that really drove the business model for the provision of custody, accounting and other analytics services. There’s been a paradigm shift, both because of regulation, transparency, and a number of other factors that really has turned that business model on its head.”

In order to be successful in the future, Curtin thinks the industry needs to think of a different way of doing business, and in his eyes, it wasn’t until 2013 that the industry started to really deal with the challenges of the future, after having spent the previous four years somewhat in denial and somewhat not understanding the changes resulting from the crisis.

Now, he says, “what I find most appealing, especially for an organization with the global reach that Citi has, is being able to help be a person to redefine what the future of this business means, not only within Citi but within the broader financial services industry.

He also notes that the drive for efficiency will continue. “The pressure to continue to do things better, faster, cheaper will not abate, and that will probably only accelerate in the future,” says Curtin.

For someone who has worked in so many areas of finance, one might think that Curtin would want to move on from securities services to try something else, but as it turns out, other areas of finance are actually finding their way to him in his current role.

“As things like prime brokerage and futures and collateral management become part of the lexicon of investor services, where it wasn’t in the past, there’s so many opportunities that will present themselves that I’d be perfectly happy spending the rest of my career in this slice of financial services.”