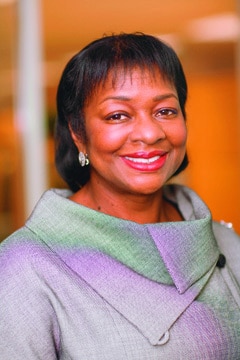 Leona Bridges got her ﬁrst taste of securities lending when it was still a back-ofﬁce function for most ﬁrms in the late-1980s. She saw a place where she could combine her experience in repo and Fed funds with equities-and the potential for securities lending’s operational function to become an investment function.

Today, securities lending offers important functions for the market as a whole, says Bridges, who is now a managing director at Barclays Global Investors in San Francisco. “I think securities lending is essential for the market in order to maintain liquidity, allow investors to hedge positions and manage risk, promote price discovery, plus it also provides real incremental return for investors. This is why it’s in the best interest of investors to continue to lend, but also to keep in mind the risks involved.” Even though plan sponsors have pulled back from securities lending in the wake of last year’s turmoil, Bridges sees it as an opportunity for innovation in the industry.

“Risk models and analysis became much sharper” after previous market shocks, such as in 1994 and 1998 (after the Russian ﬁnancial crisis). “We’re already seeing innovation come out of the crisis. The models we had in place in 2007 and 2008 focused on credit and interest-rate risk, but they didn’t adequately account for liquidity, and that was at the center of the crisis,” she says. “So now we’ll see a greater focus on liquidity in the new models.”