Executive Director, Center for the Study of Financial Market Evolution 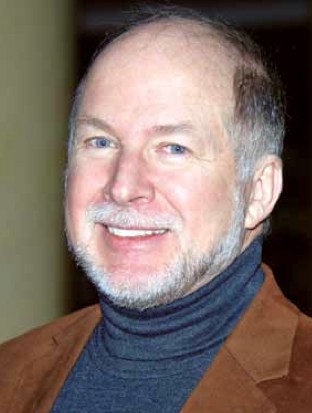 Ed Blount got into the securities industry in 1974, fresh out of the US Marine Corps, during a time when Citibank was grabbing up as many former military officers as it could find.

More than three decades later, his career has continually been interlaced with technological advancements. While at Citi in the mid-1970s, Blount developed an interface between custody systems and trading systems of banks – effectively an early version of what is now known by the popular buzzword straight-through processing.

Starting in 1980, he spent five years as the head of his own consulting firm electronically updating the interfaces of clients. From the mid-1980s to the mid-1990s Blount worked on a variety of analytics, research products and database services. In 2005, he created the Lending Pit, the first daily pricing service for securities loans. He sold the venture to SunGard in 2007 and embarked fulltime on his new project: a nonprofit group that runs interference between financial institutions and regulators.

Headquartered in Washington, D.C., the Center for the Study of Financial Market Evolution’s goal is to “support policy research for investors, intermediaries and regulators,” according to its Web site. It “forms a bridge between facilities in the financial and academic communities” by making available market activity data that is confidential and encoded to ensure institutional anonymity. CSFME “acts as an intermediary, in some cases, between the private sector and regulators,” Blount says.

“After I sold the business to SunGuard, I didn’t just want to retire,” Blount says. He saw a need to “provide a data-driven support service to regulators” who were trying to craft helpful legislation but often faced a brick wall in obtaining data from financial institutions reluctant to share their proprietary information.

CSFME’s data allows analysts, statisticians and other academics to get their hands on raw data to look for trends and answers to questions. One such question that is being answered with the help of Blount and his team at CSFME is whether there has been proxy vote manipulation in the securities market. Over the past two and a half years, researchers have compiled a database with more than a billion records, Blount says, to attempt to systematically determine whether proxy voting abuse took place, and if so, to what extent. The goal is to supply regulators with evidence upon which to base proposals, and crucially, to make the whole process more transparent.

“The data is available to academic researchers who want to validate our findings,” Blount says.

With his nonprofit, Blount has stepped firmly in the middle of a fight between regulators and institutions, two parties whose relationship has not always been so fraught with enmity and tension.

For most of his career, Blount says, all interested parties were working together to expand the capabilities of financial institutions so long as those were not explicitly forbidden by legislation such as the Glass-Steagall Act before its repeal.

“All the regulators were working with the banks in particular to find and exploit loopholes that let the banks provide more stable financial services,” he says. Now, though, “regulators are looking for ways to restrict capabilities that have been authorized by laws,” because they want to discourage activities that are considered overly risky.

Blount’s hope is that by acting as a liaison between banks and regulators, smart legislation can be passed that doesn’t go too far and endanger the functioning of the financial sector and larger economy. Ultimately, he says, too much regulation will simply divert business to more favorable climates – such as BRIC nations and developing countries.