Deutsche Bank has launched a web-based platform enabling easier access to invest in India, a move that could significantly boost foreign investor activity in the country. 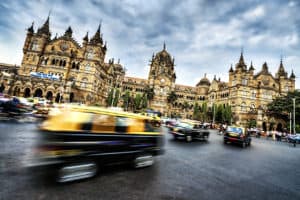 The launch of the AccessIndia platform aims to automate digital market entry to expedite licensing for foreign portfolio investors (FPIs). It is designed to help foreign investors, such as asset managers and insurance companies, to set up new investment vehicles in India.

Deutsche Bank stated global custodians will benefit from the platform by gaining efficiencies in the FPI licensing process, such as documentation, due diligence and workflow management.

During the pilot phase, AccessIndia was used for live FPI applications by a few foreign institutions, including Swiss private bank Banque Pictet, as well as several other large clients.

Ambitions to grow the size of India’s economy from $2.7-$5 trillion by 2024-25 spells significant opportunity for the country’s custodians.

With around $1.2 trillion of assets held in custody by local and agent banks, that is expected to almost double within the next four to five years, of which assets under custody from PFIs are projected to grow from $400-500 billion to $800-900 billion.

Foreign sentiment to invest in India has grown significantly over the years, as lawmakers and financial regulators continue to implement policies to ease access for FPIs.

“It is heartening to note that Deutsche Bank has launched the AccessIndia portal which may seamlessly integrate with the NSDL portal to make it a great experience for FPIs,” added G V Nageswara Rao, CEO, National Securities Depository Limited (NSDL).