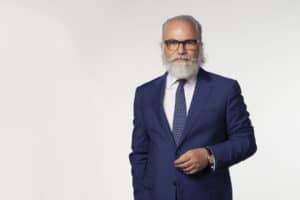 “Clearly it would be disingenuous to say that there isn’t a sense of disappointment,” says Seán Páircéir, the BBH partner who has poured 18 months of energy into a proposed $3.5 billion megadeal with State Street, which was mutually terminated yesterday. “But in other respects, there’s a renewed energy around here, and a sense of pride in an independently-owned place that is going to bring tangible benefits to our clients.”

It has been just over a year since I spoke with Páircéir about the announcement of the State Street deal, and to be fair, the confidence in the unique BBH model has not waned. If anything – he says – the intentions of State Street has further validated the strengths of the business, its technology, and capabilities in geographies such as Japan, Ireland and Luxembourg.

There’s a clear sense of disappointment in his voice, of course, and this is unsurprising given that – he admits – even up until very recently he had a high degree of confidence that the deal was going to progress. We’re talking about a matter of days here.

But just as genuine appears to be the confidence in the Investor Services unit’s ability to move forward alone. Despite the optimism that Páircéir says he had to have during the process that the deal would be concluded successfully, it’s evident the notion of moving forward without State Street was something that he had considered and strategised for.

“In a year in which we were thinking about the benefits of an independently-owned firm, it’s funny how deeply ingrained that independence is in the ingenuity of management and the capability to bring people together to create kind of energy for processes,” he explains.

“There is a genuine need in the marketplace for a BBH-like service model, you could see from the flattering remarks that State Street and others have made about our technology and particularly the capabilities of our Infomediary service. Ours were capabilities that we wanted to preserve and amplify, and clearly we are going to have to go forward and do that on our own platform.”

Páircéir tells me he was “amused” by a reaction piece I penned in the hours following the announcement that the deal was off, where I highlighted how another buyer would surely come to the table in the future. In a purely opinion-based note I pinpointed Northern Trust and BNP Paribas as potential suitors, given their differences with a G-SIFI like State Street, but Páircéir is solely focused on an independent future for BBH Investor Services where he intends to invest time and energy into clients and employees alike.

The right kind of scale

“The industrial logic of this combination with State Street, I think was unique and we are not engaged in conversations with others in the marketplace,” he says. “We’re not planning on any other transaction and it’s not something that I think that we’d be shopping around in any shape or form.

“I don’t think there’s any benefit either to the market or the certainty to how we operate our business. I think it also wouldn’t serve the way that our clients are thinking about our presence in the marketplace as a very client-centric expertise-rich service provider, giving them real alternatives in what is already a very highly competitive marketplace. I think the nature of our independence is probably highly attractive.”

One of the most fascinating answers Páircéir delivers is on the topic of scale, something mentioned in the context of BBH Investor Services repeatedly over the past 14 months.

“What we have is the right scale,” he emphasises. “Just look at the concentration in terms of how we provide services to financial institutions – both facilitating their cross-border investment and also increasingly the technology required to run their businesses – the experience that we’ve gathered in terms of providing for automation and being able to deploy new technologies in servicing new effective ways of providing support to those financial institutions.

“But most particularly how we serviced asset managers in the fund segment. We actually have astonishing scale in those particular aspects of the industry, our reputation in Japan is astonishing, and it was one of the key attractive features and remains so of our business and we are a highly regarded player in the cross-border marketplace out of Dublin and Luxembourg and are go-to for expertise both from facilitating cross-border distribution and understanding the regulatory nuances of running a complex business in Europe. And importantly, the key foundation stone of our business, is our longstanding expertise in US 40 Act space and servicing inbound investors into the US marketplace.

“What would be less available to us than we were thinking of in the context of the other transaction, is that in our business model, the idea of expanding into other territories or geographies. So for example, we’re not in Australia or in Canada, we’re not a mainstream continental European provider in local markets in France or Germany or places like that. And the combination with State Street was giving us an opportunity to take our capabilities and technology and deploy them in other locations. But the business itself is highly capable of continuing to generate return profit, and most importantly, pay competitively and reinvest in the business as a result of the narrow, very focused business that we’ve been running over the last period of time. I think for our current clients, that’s music to their ears that we’re going to continue to invest on the capabilities required to serve those markets.”

Another talking point during the transaction and in the aftermath of the termination has been around BBH employees. While many have opined that BBH has lost talent over the past 14 months as it endeavoured to get the State Street deal over the line, Páircéir notes that the unit has retained 100% of its senior ranks and that the “one or two departures seem to have received a disproportionate amount of attention”.

Offsetting some of the reported departures was a story last month about four senior appointments to the Investor Services relationship management team, tapping talent from some of the largest custody organisations like JP Morgan and BNY Mellon.

“I think BBH remains and has remained over the years a very attractive place to come and work, and I think that there’s a recognition that there is a special quality of the workplace here and the things that people are able to do,” says Páircéir. “So I’m actually very confident about what it is that BBH is going to offer as an employer and the kind of careers that people were going to be able to have here, and I think that that feature will remain.”

While the disappointment of the deal falling through will linger for some time, BBH seems set on going-it-alone and moving on independently. It’s likely the phone will ring in the near future as others look to court the business – something that happened frequently before the State Street deal was announced – while the other reality is that the industry will be intrigued by future developments at BBH, whether its launches, technology upgrades or personnel additions.

Even though it didn’t end the way all parties wanted it to, there’s no animosity between the senior managements of both sides and the relationships have been described as respectful and professional.

Páircéir concludes: “It is a deeply held belief in terms of how we believe that we’ve preserved our differentiation in the marketplace. We’re now going through the day-to-day, recognising that we are a strongly independent firm and in good financial condition as we have been over our existence – but importantly, over the course of the last several years – with an optimistic view heading into 2023. You take the hand that’s been dealt to you, knuckle down and face up to running the business as effectively as we have done in the past.”