Home > Blog > What next for BBH Investor Services?

Brown Brothers Harriman (BBH) made its mind up in September last year that the future of its business lay with a larger platform, like the one it opted for in its deal with State Street. 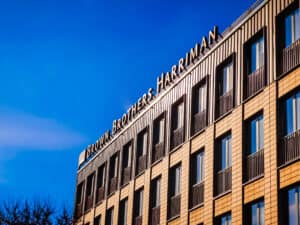 For many custodians outside of the very top tier of the asset servicing world, the custody conundrum will be one that is revisited on multiple occasions – is the investment required worth it in the long-run?

We’re seeing many regional providers scale back their businesses in certain regions, but ultimately for a lot of banks, it’s an essential component in a broader offering.

For BBH, the failed deal with State Street is a monumental blow, and one that the industry has sympathy for. The delays would have been felt by the firm’s partners and employees alike, as uncertainty isn’t good for anyone. Plus, after some years of client exits, talent has also headed out the same door in a natural occurrence post-acquisition announcement. Meanwhile, the price and convenience of the State Street marriage was somewhat unique.

Immediately after the announcement of the deal being terminated was made, BBH issued a statement saying it has “no other plan to sell the Investor Services business or to pursue another transaction” using words that had evidently been well thought-through. The business has obviously had sufficient time to plan how it would present its strategy should the deal be taken off the table, and commitment and investment was evidently its choice.

But while the necessity of this stance is clear following such a painful outcome of the State Street deal, I believe that ultimately and eventually, BBH will look for another partner in the future.

What the scuppered deal probably does is take all other G-SIFIs [Global Systemically Important Financial Institutions] out of the running to takeover the business, leaving only two potential suitors – neither of which are likely to fork out the $3.5 billion that State Street has proposed.

Both Northern Trust and BNP Paribas have been touted as possible buyers of BBH Investor Services in years’ past, with Global Custodian reporting in July 2021 that talks had occurred with the latter, while the former had been linked with the unit as recently as 2018 and 2019.

There are reasons for both to be a match for BBH, but let’s start with what I believe would be the more likely of the two: BNP Paribas. While the talks a couple of years ago did not advance, it showed BNP Paribas’ intent to dramatically upscale its presence in North America. The bank’s foray into the US custody market as a foreign institution was a brave move, and one that has reaped rewards, however an acquisition like this would propel it further forward at a pace which would take years to do organically.

Meanwhile, its recent internal merger places its importance within the wider organisation much higher – with the most senior management more involved than ever before. While the $3.5 billion price tag could have been too rich for the French-headquartered bank, a lesser price may be doable.

BNP Paribas has been aggressive in expanding its capabilities through acquisitions in the past, having taken on Deutsche Bank’s prime brokerage and electronic equities execution clients, while also purchasing the remaining stake in Exane, its cash equities brokerage business.

Perhaps most crucially, given what happened with State Street, there would likely be few – if any – competition issues in the eyes of regulators given the main business areas geographically for the two organisations.

Northern Trust is one of the largest banking organisations not on the G-SIFI list and is a very similar size to BNP Paribas. With a stellar reputation and asset servicing offering across the world, a move for BBH’s Investor Services unit would add capabilities and clients in the US ETF servicing market to round-off its services nicely, along with regional advantages in the likes of Luxembourg, Ireland, and the Nordics.

Furthermore, an integration with BBH could be simpler and more cost-effective than what other providers may experience. Both organisations have similar asset servicing and a wealth management business. Global Custodian also noted in a previous article that Northern Trust and BBH have relatively similar cultures. A merger would provide significant relief to BBH’s stretched relationship management and client services teams, while for Northern Trust, they would gain servicing relationships with some of the largest asset management firms.

Of course, the third option – possibly BBH’s least preferable – would be to continue to run the unit as it is. However, the requirements of running a competitive asset servicing business have not gone away, nor has the expenditure required. As highlighted previously, BBH has some standout characteristics, divisions, and a reputable infrastructure – in Infomediary – but key clients and personnel have departed in recent years, making another deal the best route, especially given the business has always been in demand. And in the words of Seán Páircéir when the deal was announced: “we felt the global scale of our business, the momentum and the things we wanted to do and moving along the horizontal of capabilities of asset services merited the consolidation – like we have – onto a larger platform”.

I fully acknowledge that BBH said in the aftermath of today’s announcement that it has “no other plan to sell the Investor Services business or to pursue another transaction”, but scale and investment are needed to survive and thrive. So I say, step up BNP Paribas.