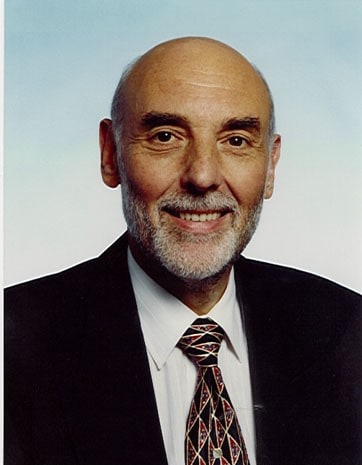 Although in “semi-retirement,” Bernie Till is still going strong after a long and fruitful career. For nearly 20 years he has been director of the London Stock Exchange Retirement Plan Trustee Company, which oversees the administration and investment of the pension’s assets and ensures the fund meets pensioners’ liabilities. He is also a founder shareholder of a start-up stockbroker, SimplyStockbroking, a UK-based online broker.

And as if that weren’t enough, he also runs the North London branch of a charity for abandoned, unwanted and distressed cats, a role his wife persuaded him to take on. “Now that I don’t go into work, I’ve been sucked in to manage it. I let the volunteers do the caring and sharing,” he says in jest. “But that’s a very different life from working in the City.”

After decades in a 9-to-5 in the City of London, or 8-to-8 when the commute is taken into account, Till says it was “time to start taking it easy” when he retired in 2008 from DTCC. At that point, he had spent 11 years as head of DTCC’s European business in London. He initially had been hired to support DTCC’s work with the Global Straight Through Processing Association (GSTPA), which had been working on central trade matching, until that organization disbanded in 2002. After that, he refocused his strategy on building up the London office and oversaw its shift from a small, representative and support office to a fully operational one. The biggest change in that transition was when the office began automating credit default swaps and OTC derivatives through DTCC Deriv/SERV, Till says. Today, DTCC London offers most of the same services as its New York-based parent, hardly resembling the six-person office at which Till got his start.

Prior to working at DTCC, Till developed and managed the London Stock Exchange’s central settlement services for UK and international settlement. “I went there on a 2-year contract, and somehow left 24 years later,” he says. He started with the introduction of the TALISMAN system in the 1970s to the fleeting TAURUS project to CREST, which is still in place today.

Notably, in 1982 he was charged with establishing the TALISMAN Settlement Centre in New York, which was sidelined during the Big Bang in the UK, when he was recalled to London to help implement the Central Gilts Office; the CGO automated the settlement of UK Treasury bonds, which previously had been a manual process. “The whole Big Bang, people see it as a change to a trading system in London, but it was a fundamental change in the whole way the securities markets worked in London,” Till says. “Because of that, there was a tremendously big effort to get it done by the deadline.” When the project was finished on time, he returned to New York and succeeded in setting up the US-UK settlement link, the first and only one of its kind, in 1988.

“I can honestly say that I probably enjoyed 95% of my working life thoroughly,” Till says. “I can’t think of being in any other business-it’s been such a good business to be in. Working for the exchange and DTCC, being in the center of the markets, is the greatest place to be. If you’re in a broking house or bank or whatever else, you tend to be rather further out near the rim of the wheel, rather than the hub. Being in the hub, you see action from all points of view.”-Christopher Gohlke