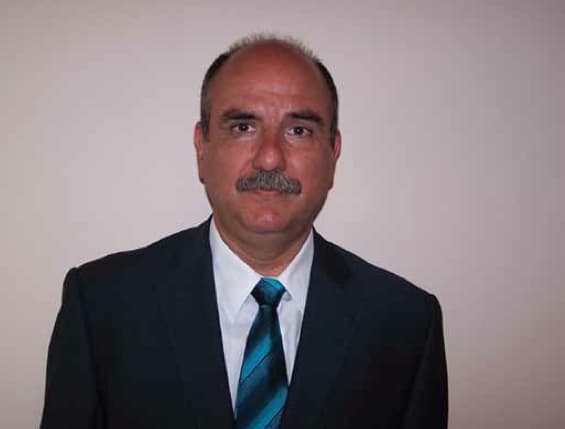 For someone perhaps synonymous with Greek securities services, it is difficult to imagine the business without Stefanos Tefos. But if his true aspirations had panned out, he never would have graced the inside of a bank. Fresh out of the University of Athens with a degree in law, it was unemployment that led him to become a banker rather than a lawyer or judge. Maybe it was for the best: “To start earning money from those jobs would take years,” he says with a snicker.

Tefos is now assistant director and head of relations with foreign institutional investors in the Group Securities Services division of the National Bank of Greece (NBG), leading a group of senior relationship officers. His education in law was not misplaced; on the contrary, his knowledge of the field has made him even better suited for his current position. “Because I am dealing-among others-with customer contracts and I’m very familiar with this issue, I did not have the familiarization problems other employees of the bank in this unit usually face,” he says. “I can discuss contractual issues with my legal department and combine business requirements with legal issues much more easily than other colleagues of mine.”

One of the few in this industry who can say he has worked throughout his entire career at the same institution, Tefos has worked at NBG since he gave up his brief adventure in lawyering in 1984. “I stayed with the bank because I liked its overall business climate and was proud to serve in the largest financial institution of the country. Besides, NBG met all my ambitions and expectations,” he says. Suggesting that is the reason for his successful tenure at NBG, in his 25-plus years with the bank he has grown to become one of the most recognizable names in securities services in the Mediterranean.

Tefos says he initially worked as an account officer in corporate and retail banking at the bank for 6 years, a job that “was not so interesting”; nevertheless, he says, the assignment helped him gain experience and accumulate knowledge about the basic products and services of the bank and digest the philosophy of its relevant operations, something that proved to be fundamental for his career thereafter. Eventually he became attracted to the international scope of the foreign institutional investors division and began persuading his manager to transfer him. After 6 months of coaxing, the manager finally relented. “The fact that I had to deal with foreign institutional investors, speak to them over the phone, deal with contracts, make sure settlements were OK, welcome them onsite or visit them-all those things were fascinating for me,” Tefos says. “It was the reason for me wanting to move to this unit of the bank, and staying there since then.”

The Greek market is not a simple one for agent banks, where fierce competition for a relatively little amount of business pits NBG against Eurobank EFG, HSBC, Citigroup, Société Générale Securities Services and BNP Paribas Securities Services. That list is too long for a small market such as Greece, Tefos says. As a result, navigating the market (for network managers) and attracting business (for domestic custodians) can be more difficult than it is elsewhere. But Tefos has made a career out of making that process work in the favor of NBG, the top rated domestic provider in Global Custodian’s Agent Banks in Major Markets survey in 2009, the most recent survey of subcustodians in major markets.

Tefos says this is both an auspicious and inauspicious period for securities services in Greece. On the one hand, he has noticed a reversal of the trend of regionalization and globalization in the industry. “There are more global custodians and prime brokers and investors in general who prefer to have local sub-custodians in each market than in the past,” he says. “This is good news for us, because as a local custodian bank with a significant regional presence, the services we are offering in Greece and the Balkans are very important.” On the other hand, he is unsure what effect pending regulatory changes, such as TARGET2-Securities (T2S) and Link Up Markets, will have on the Greek market. “National Bank of Greece is closely monitoring-directly through participation-the developments on those projects, which are mostly driven by major global custodian banks and international depositories, and is flexible enough to continuously adjust its strategy, so that it gets the maximum possible benefit from the ongoing harmonization process in Europe.” Needless to say, he is a vocal champion of progress and reform in the market.

“I have a very good career here. I was rewarded a lot,” Tefos says. “And I don’t know if I was a lawyer today where I would be.” Those with an interest in the development of the Greek marketplace should be thankful as well, for they may have one less counselor but have gained an ardent advocate. –Christopher Gohlke