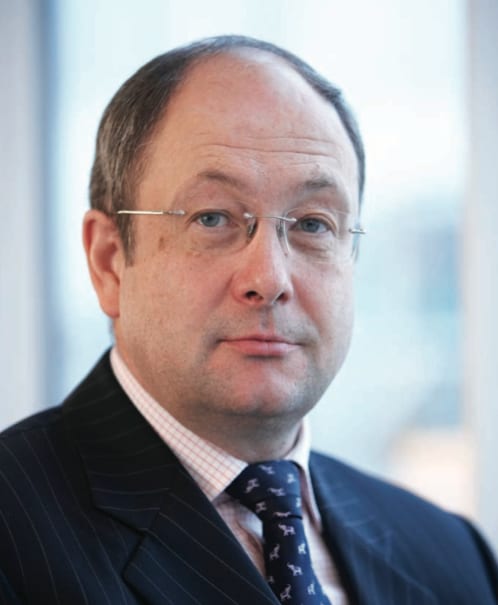 “Retaining a sense of humor at all times and often laughing at myself, not just in front of a mirror,” Markus Ruetimann cites as the key ingredients for his professional successes during his versatile career in financial services.

Raised and educated in Switzerland, Ruetimann joined UBS (then Union Bank of Switzerland) working in several departments in Zurich and Geneva before transferring to New York in the early 1980s.

When UBS acquired Phillips & Drew a few years later, Ruetimann was asked to become the COO of their fund management division. “The transfer from the Big Apple to the City of London transformed my professional and personal life,” Ruetimann recalls. “The infrastructure teams in the UK were coming to terms with the operational challenges resulting from the Big Bang in 1986. Heads of operations measured the number of outstanding reconciliations by the height of the computer printout.” His new management team went on to build a brand new operating platform which supported P&D’s significant growth of AuM for many years to come.

The collapse of TAURUS led to Ruetimann’s first significant board appointment. He joined the board of CRESTCo Ltd in 1996 on which he served until 2002. “Considering the operational and political complexities at the time, contributing to the creation of this CSD was a real privilege and an unforgettable experience.”

Understanding the cultural differences between Switzerland, the USA and the UK was of great help to Ruetimann when he was asked to lead the operational integration of Phillips & Drew (London) and Brinson Partners (Chicago) as part of the creation of UBS Global Asset Management. With a wide grin, he describes the associated challenges through a quote of Mark Twain: “It’s better to keep your mouth closed and let people think you are a fool than to open it and remove all doubt.”

In 2002, Ruetimann joined the Omgeo LLP Board of Managers at a critical phase of the company’s evolution. He recalls being honored to be the only Swiss national on that illustrious board of directors. He maintains this membership to this day.

Ready for new challenges, Ruetimann joined Schroder Investment Management in London in late 2004. Schroders manages more than $185 billion/£113 billion of assets and operates in 26 different countries. “The opportunity to define and implement a new support operating model for a FTSE100 company was a temptation I could simply not resist.”

In the meantime, a three-year transformation program has been successfully completed, delivering new functionality, support for new investment instruments and products as well as cost savings. “I am very proud of my team’s achievements. Unequalled cooperation, determination and corporate conviction were at the heart of this major success,” he says.

In 2005, Ruetimann joined the Executive Board of the International Securities Services Association (ISSA). “This was another great opportunity to contribute to various efforts in advancing the securities services industry. ISSA is unique as it covers all constituencies in the financial intermediation chain,” he comments.

Asked about what achievement he is most proud of, he responds, “To be able to get the best out of people.” On the final question, “What’s next?” He responds, “When you come to a fork in the road, take it.”