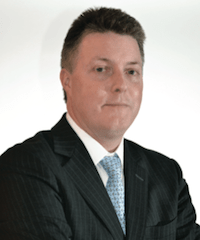 Brian Ruane’s career moves have paralleled changes in the alternative investments and broker-dealer market segments and have been instrumental in turning BNY Mellon into a premier fund administrator and prime custodian for hedge funds.

His role as a member of BNY Mellon’s Global Operating Committee, with responsibility for Broker-Dealer Services, U.S. Tri-Party Services, Derivatives Clearing, and co-leading Pershing Prime Services, ensures that the firm has been able to remain on top of the industry’s evolution while also staying committed to its growing client base.

In the early part of his career with BNY Mellon, Ruane was focused on supporting financial institutions and broker-dealers. He then expanded into other client segments, including endowments, foundations, mutual funds and insurance companies. Later, as CEO of BNY Mellon’s Alternative Investment Services (AIS) business, Ruane and his team helped position the company as a trusted partner to hedge funds, funds of hedge funds, and private equity clients.

In those early days Ruane had the opportunity to study the industry closely, and his observations on its evolution would impact his subsequent roles. He became involved in BNY Mellon’s Broker-Dealer Services business, and as balance sheets grew, the company’s tri-party collateral management offering was positioned as an operational service to support clients’ funding activities.

“Later, as independent hedge funds were being established by financial institutions, asset managers and insurance companies, it was natural for BNY Mellon to address this growing client base,” says Ruane.

One of BNY Mellon’s first major thought leadership pieces on the alternative investments space came about in 2004 when Ruane’s team co-sponsored a research paper with Casey, Quirk & Associates, Institutional Demand for Hedge Funds. “Today, that may not sound innovative, but when we started to look at this market segment it was still primarily a high-net-worth-driven business,” he says. The company expanded its research in 2006 with a second survey, Institutional Demand for Hedge Funds II: The Global Perspective, outlining how institutional investors would become a key source of capital for hedge funds, leading to profound changes in the industry worldwide.

As the 2000s progressed, new independent hedge funds were launching regularly, and the Alternative Investment Services business at BNY Mellon grew steadily. “We began having dialogue with many clients across our company who were starting to think about setting up hedge funds,” says Ruane. “It began both with hedge funds asking for operational guidance as well as portfolio managers with whom we had business relationships becoming entrepreneurs and establishing their own firms.” Organic growth, coupled with several key acquisitions, helped BNY Mellon grow into what is today an alternative investment services powerhouse with more than $600 billion in alternative assets under custody and administration.

The creation of BNY Mellon AIS and its innovative prime custody business were driven by two industry events. The first was the move toward third-party fund administration, stemming from institutional investor demand for independence. “You had large institutions for the first time allocating money to hedge funds, and they were accustomed to a certain type of record-keeping and reporting,” says Ruane. “AIS provided the solution for this new client base.” The second driving factor was the impact of the credit crisis of 2007-08. “This placed an increased focus on prime custody [business], where cash and collateral were being held, particularly unencumbered collateral,” says Ruane.

The evolution of prime custody, tri-party, and other businesses has increased BNY Mellon’s strategic focus on Global Collateral Services (GCS), an organization formed in June 2012 to serve both the buy- and sell-side. “If you have close relationships with clients, you—and they—benefit more by working together during times of change than times of stability,” he says.

Without losing sight of his broker-dealer clients, Ruane describes prime custody and global collateral services as part of the firm’s the next wave of client solutions. In an OTC collateral management research paper released two years ago for BNY Mellon’s sovereign wealth clients, the company discussed how it planned to provide solutions for buy- and sell-side clients in this new era, where most financing is done on a collateralized basis.

Commenting on how thought leadership is an integral part of BNY Mellon’s Investment Services strategy in the prime custody and global collateral services space, Ruane says: “We want to produce valued research that helps provide clients with real solutions. We discuss trends and clients ask us questions, such as: ‘What is going to happen as a result of the introduction of EMIR in Europe? What will happen to service delivery in the U.S in response to Dodd-Frank?’ We use that research to better understand our clients’ true challenges and to guide them through successfully.”

The next industry trend Ruane sees BNY Mellon focusing on is the convergence of hedge funds and 1940 Act mutual funds. “We are well positioned to service the needs of the entire fund family, which requires administration, prime custody, prime brokerage and margin finance,” says Ruane.

“These hedge funds don’t have significant leverage but do require prime custody and prime brokerage. It’s natural that BNY Mellon would be well positioned for this exciting market. We think the market is evolving quickly and believe we are stepping in to provide services at just the right time.”