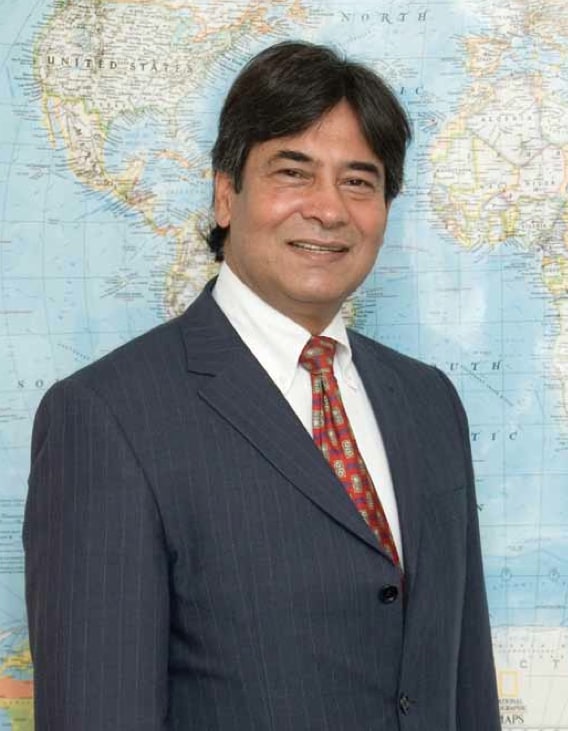 Khalid Mukhtar is the king of the back office. That may not sound like very beguiling a title, but Mukhtar is thrilled with his role.

A career Citi man, the institution from which he once thought he would eventually retire, Mukhtar was led down a different path in 1998, when he and a colleague left Citi to found Sectech, offering back office support in custody, settlement, corporate actions and messaging services. (The pair had been installing custody systems for Citi in markets throughout EMEA when they decided they could be doing a better job on their own.)

That colleague was Anurag Gupta, then a young engineer, now a long-time friend of Mukhtar and co-founder of Sectech. It has been more than a decade now since the two took a gamble, gave up their cushy lifestyles, and rolled the dice on the Sectech experiment. “We both had comfortable jobs at Citibank-subsidized mortgages, company cars-all those things are comfortable,” Mukhtar says. “To leave all that and start something completely new was a huge change in our lives. But we were so passionate about it that we didn’t think of the consequences. To be honest, if I think about those days, I would never have done it now.”

It may have been a risky gamble, but Sectech has been a success. Today, the London-headquartered firm employs dozens, mostly in its offshore base in Mumbai, and its flagship product, Custody 2000, is the backbone of many emerging market custodians’ operations-though Mukhtar says it stands on its own against competitors in any market in the world, big or small.

The dedication of the men and women working for Sectech, he says, is central to the firm. He cites one recent example: “A client sent us an e-mail very late in the night in India, and one of the guys, at 2 a.m.-he got a response to them within 15 minutes. They said, ‘This is fantastic, don’t you guys sleep?’ I’m sure he was asleep, but he thought, ‘This is important, so let me help out the clients.’ I’m proud of what our people achieve on a day-to-day basis.”

Mukhtar, in fact, does a lot of praising. From hailing his former employer (“My colleagues [at Citi], when they were not happy, I was the one who would stand up and say, ‘You cannot say that about this organization!'”), to his partner Gupta (“The two of us make a fantastic team. It has been more than 12 years and we are still going strong”), he has little bad to say about anything, and it seems life is good.

It hasn’t always been easy, no doubt. After signing on its first client, the Turkish Akbank (whose custody chief just happened to be a former Citibanker), a dry spell led Mukhtar and his team to rethink their strategy. “We didn’t know where our next client was coming from,” he says. “We were quite worried as to how this was going to go ahead.” Shifting the firm’s focus to the African markets, Sectech found its niche. The majority of Custody 2000 users are located across sub-Saharan Africa.

Asked about the highlight of his career, Mukhtar struggles to find an answer. “I don’t know if I could call one thing the highlight,” he says. “Once I’m retired, then I’ll be able to look back and say what the highlight was.”

It may be some time before that answer comes, for the back office king still reigns. –Christopher Gohlke