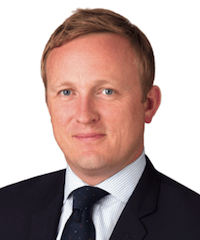 Just two weeks after rejoining LCH.Clearnet Limited, Daniel Maguire found himself in the position of trading out of Lehman Brothers’ book, as the investment bank went into default on September 15, 2008. Obviously these events weren’t a warm welcome, but Maguire proved to be the right man for the job, as he successfully traded all of the company’s fixed income portfolio of Lehman Brothers across two currencies in just under 300 different bond issuances.

Two years after graduating from Leeds Metropolitan University in the U.K., Maguire began working at LCH.Clearnet in 1999 where he started in operations and soon moved into risk management. By 2000, he moved over to SwapClear, LCH.Clearnet’s global clearing service for interest rate swaps. Over the next five years, Maguire led the development of the risk and operations clearing platform and was one of the company’s original architects of their default management process, which proved to be useful in 2008.

In 2005, however, Maguire left SwapClear to join J.P. Morgan where he was responsible for building up the end-to-end infrastructure for the firm’s commodities, exotics and hybrids business. Once he felt that the infrastructure was successfully embedded into the firm, Maguire searched for another opportunity and wound up returning to LCH.Clearnet, which had an entirely different management structure by that point, and he was impressed with the company’s progression.

Still, the risk management practices Maguire had established remained in place, which proved to be crucial for handling the Lehman default.

“It worked well with Lehman because we and the market knew what we were doing and we had practiced it; we weren’t doing things on the fly. Of course things happen in the heat of the moment, but there was a well-understood framework in place for this type of event, and everyone knew their role.

“The question we always challenge ourselves to answer when considering clearing a new product or introducing a new service is ‘Can we handle this in a default situation?’ We think about this a lot. It can be a little bit morbid, but it is central to how we, as a firm, think about risk management.”

Following the successful closeout of Lehman’s portfolio, Maguire moved back to SwapClear in 2009, and by 2010, he came to New York to head SwapClear’s operations in the U.S. in preparation for the clearing mandate for OTC derivatives.

In addition to the experience gained from building out operations in the U.K., Maguire also sees his time at J.P. Morgan as something that helped him when he moved to the U.S. “[J.P. Morgan] gave me experience with a much bigger platform given the size of the organization and its global footprint,” he says. “It certainly taught me a lot about how to operate across multiple time zones and multiple cultures, which I think has helped me in my three years here in the States.”

Still, the transition of coming to the U.S. to build the business from scratch was tiring, particularly as he and his wife raised two very young children. Fast-forward three years, though, and Maguire has successfully led SwapClear through significant growth as the derivatives clearing mandate in the U.S. came into effect this year. Plus, he sees himself fitting right into the pace and lifestyle of New York. “Most people who know me here say I probably belong here…I absolutely love being Stateside and being in New York.”

Regarding the clearing requirement in the U.S., “to a large extent I think everyone has been pleased with the smooth transition that we’ve witnessed,” which should ease concerns about Europe’s impending move to centralized clearing, he says.

In the U.S., financial institutions are moving beyond the point of adding the processes, technology and personnel to handle clearing, so the future of swap clearing will be more about how to improve the process, says Maguire. “If I could use one word, it would be efficiencies. And that is bringing capital and balance sheet efficiencies, bringing collateral and margin efficiencies. Those are the real areas that we focus on.”