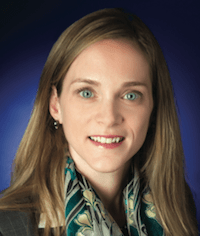 With a long line of engineers in her family, Kiernan planned to follow in their footsteps by studying engineering at Penn State University. But after taking two semesters off to work in retail banking at Merrill Lynch and a small technology firm due to a need to fund her way through school, she gained a broader interest in business and technology and ended up switching her major to economics.

Still, for the first five years of her career, Kiernan did not work in financial services at all but rather technology consulting and project management.

Based outside of Washington, D.C., Kiernan started out as a systems analyst at Information Management Consultants (IMC), granting her exposure to several sectors including insurance and governmental agencies. She then moved back to New York, the area where she grew up, as the city offered expanded opportunities for her.

Through a series of networking relationships, Kiernan advanced in New York, landing a job in project management for a software vendor who was a client of hers at IMC. This position was followed by her first real entry into financial services in 1996 when another client of hers started at Morgan Stanley, prompting Kiernan to join the firm’s project management technology group.

“Then in 1997, I got the call from the global head of equities trading at Deutsche Bank, who was the former head of technology at Morgan Stanley, and he asked me to come and apply the same project management skills to what they were trying to achieve at the time in building out the equity division,” she says.

At Deutsche Bank, she focused on trading infrastructure until she got the opportunity to become chief operating officer of the firm’s U.S. cash equities business. “And that was a real inflection point in my career, because at that point I moved from being primarily infrastructure-focused to being more business-focused,” she says.

“My experience in asset management definitely gave me the perspective of the client, since we were the client of about seven or eight prime brokers. I was able to gain an in-depth understanding what the offering is and how one prime broker differentiates itself from another.”

Following the financial crisis, Kiernan moved into equity prime brokerage, where she had the opportunity to differentiate the firm from the competition.

Until 1999, Deutsche Bank did not make an entrance into the prime brokerage space, so they played from behind against other firms with significantly more experience. “We weren’t, pre-crisis, considered a top-tier prime broker…Post-crisis, that changed,” says Kiernan.

With U.S. banks out of favor, European banks such as Deutsche saw an influx of institutional clients, which propelled the firm into a Tier 1 prime brokerage business.

“Along with that Tier 1 prime brokerage position, we were looking to add services to round out our offering and decided to focus on hedge fund consulting.”

Yet Kiernan knew that to stand out in the crowd, the firm needed to offer something different. So the firm focused on startup funds, correctly predicting that senior executives at hedge funds would want to launch their own funds as the industry recovered from the crisis.

Plus, says Kiernan, “we really felt at that time, where other prime brokers might have had hedge fund consulting groups in place for [many] years, they really didn’t have global connectivity that Deutsche Bank has, and we viewed our client base as becoming increasingly more globally integrated.”

And integrating a successful hedge fund consulting practice into the prime brokerage business has been a boon for Deutsche Bank—a solution that Kiernan engineered.