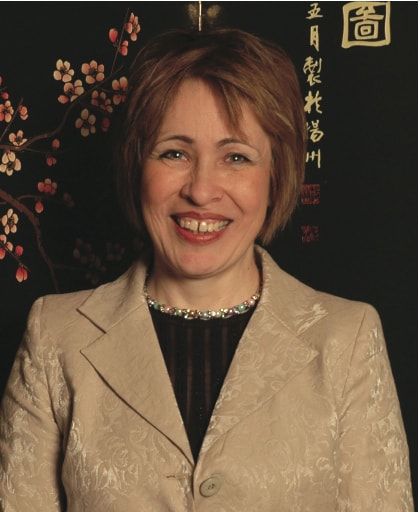 “It was just by chance,” Lilla Juranyi says. “ING wanted to introduce custody in Hungary, and my country manager asked if I wanted to do custody. I said, ‘What is that?’ The terminology didn’t even exist in Hungary.” That was in late 1994, and today Juranyi is still in the same business, proof that it has been a challenging and rewarding industry and one lucky to have Juranyi in its ranks.

Juranyi joined ING’s operation in Hungary soon after it was established at the beginning of the 1990s. She started in relationship management at the trade and commodity finance division and a year later she established a new business unit, corporate client’s current account, which included cash and vault services as well. In January 1995 she and two colleagues launched securities services in Hungary, and in 2001 she became head of financial institutions as well as an extension of her responsibilities.

The start-up was interesting when a month later after custody was launched ING acquired Barings. This gave a boost to the business. It was a productive run at ING in Hungary, as Central and Eastern Europe opened up and ING’s Securities Services became a top provider in the Hungarian market. Juranyi was an elected member of the settlement committee of the Budapest Stock Exchange from 2001 to 2007, where she was instrumental in the development of the Hungarian capital markets. She then moved to Amsterdam to head ING’s global custody business.

Even with the monumental changes in the market, Juranyi stresses that it’s important to remember that Central and Eastern Europe is made up of many different markets with myriad regulations and is not a monolithic bloc. Even in Western Europe, the pace of harmonization has been slower than expected. “It’s a challenge, of course, but on the other side it makes our business very interesting,” she says.

Today, one of the biggest challenges is the nominee system in the region because, while the nominee terminology is acknowledged in some countries, in the daily operations it is not always so clear-which is related to tax problems as well. Local custodians, including ING, are working with stock exchanges and audit companies to find workable solutions and fix the problems. Documentation requirements, especially in Russia, Ukraine and Romania, can also create cumbersome requirements not only for the underlying clients but for custodians as well.

Some countries in the region also don’t have a central depository, but again, local custodians are looking to eliminate this and come up with a creative settlement structure among local custodian banks to ease investors’ settlements and to avoid high re-registration fees; Russia is a good example of that, Juranyi adds.

Harmonization, then, is still the goal, even if some days it feels farther off than others. Corporate actions in most countries aren’t centralized, and even small difference among announcements of corporate actions, especially for special ones such as special mergers, acquisitions and IPOs, can cause headaches occasionally. “If these markets could harmonize the information source and the processing, that would help a lot on these markets,” Juranyi says.