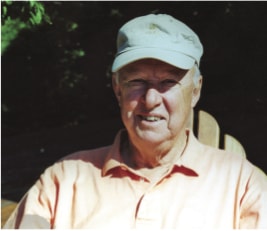 As Global Custodian looks back on its 20 years of existence and the custody industry in that time, it’s perhaps important to note that one of the industry’s greatest capital-L Legends, State Street’s Ron Golz, has been retired for that entire time. Well, at least nominally retired. Golz is a senior consultant with Boston-based Rhumbline Advisers, which he helped found. Rhumbline has over $15 billion in assets under management.

“It’s amazing where the industry is, compared to when I started, in 1974,” Golz says.

In that year, US President Gerald Ford signed the Employee Retirement Income Security Act (ERISA), which would have far-reaching ramifications for State Street. Before ERISA, pension assets were managed mostly by banks and insurance companies because independent money managers were just coming to the fore. Custody was done by the same manager. ERISA required that all of the separate portfolios for a plan had to be aggregated into a single entity.

Just before ERISA, one of State Street’s clients, the Harvard endowment, had asked that State Street aggregate all the endowment portfolios into one. As a result, State Street was the only custodian with the ability to meet ERISA’s reporting requirements, Golz says. “No one had that ability except State Street,” Golz says. “We could have temporary monopoly.” Instead of having many independent portfolios, “we could put them in a master trust, a mater portfolio. And it took off.”

By the early 1980s, State Street redefined its market to expand it globally. Golz headed off to Australia, mostly because it was an English-speaking country and he had a few contacts there. While there, he gave two seminars, updating attendees on the US markets and pitching State Street’s services. At a cocktail party on the last day, one of the attendees came up to Golz and said he had decided to invest in the US market and wanted State Street to be the custodian of the portfolio. “‘When do you want to do it?’ I asked,” Golz recalls. “He said, ‘Tomorrow. Where do we wire the funds to?’ Now, remember, it’s a 14-hour time difference. I managed to get one of our managers out of bed at 3 a.m. to get the information to wire it,” Golz says.

After developing State Street’s master trust product and then launching its global custody service, Golz saw State Street’s assets under custody grow from $17 billion to nearly $1 trillion and assets under management from $400 million to over $40 billion under his command. By the time he retired in 1989-the same year that Global Custodian was born-he was responsible for more than 2,000 people in six countries all working in institutional-pension-related businesses that he had created. “Working for State Street, I should’ve paid them,” he says. “I had so much fun, met so many interesting people and traveled all over the world.”

Not to say that he didn’t stumble now and again.  When State Street was first getting involved in the master trust business, Golz sent a letter of introduction to Chase Manhattan’s custody clients, he recalls. “Shortly thereafter my secretary says, ‘There’s someone on the line for you.’ She gave me the name, and the name was similar to a friend of mine, so I picked up the phone and said, ‘Hey, what do you want?’ And he said, ‘Um, hi, I’m the treasurer of IBM.’ That was embarrassing, to say the least,'” Golz says. “But we got the business.”

It was quite the time to be at State Street.

“Looking back on it, from 1975 to 1990, the growth of the industry was so spectacular, but you didn’t notice it because you were in the middle of it,” Golz says. After the success in Australia-where the firm still enjoys a 90% market share-the State Street flag was planted across the world, from London and Munich to Hong Kong and Singapore. In response to what it was like to work for the firm at that time, Golz says he used to tell new employees that “working at State Street is like trying to get into a cab going 25 miles per hour. It takes a little something to do that, so be prepared.”

For someone who cut their teeth at such an exciting-and perhaps simpler-time, maybe its not so surprising then that Golz says he wouldn’t want to be working in the industry now. Despite the innovation and the big paydays, the industry is no longer what it once was. “A lot of people didn’t understand the risk until the air came out of the balloon,” he says. Those complicated and risky new products helped lead to the number of political ramifications and the government involvement seen today-“taking the starch out of the whole game,” Golz laments. Skyrocketing salaries haven’t helped with political and regulatory intrusion.

The pendulum has indeed swung the other way, with government getting involved in all sorts of businesses, not just finance through the TARP program but even in the automobile industry. Golz worries that the custody brain drain will worsen because industry players do not want to have their pay dictated to them by Washington. “The boards of these companies will become more like policeman, to oversee, and that’s going to change the industry,” he says, although he does point out that there are so many bright, creative people in the industry today and that he believes that, in the long run, the market will take care of things.

“The total market today is something like $26 trillion in assets,” he says. “Yet there’s not a lot of options to make that money go to work. That’s why you’ve seen private equity and derivatives and stuff like that, because the daily cash flow from portfolios being invested is amazing,” Golz says. “I don’t know where it’s going to end, but it’s going to be fun to watch it develop.”