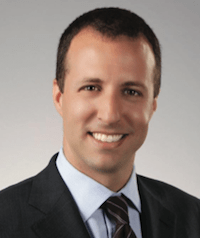 It’s not easy replacing a legend, but as evidenced by San Francisco 49ers quarterback Steve Young taking the torch from Joe Montana, or Green Bay Packers quarterback Aaron Rodgers replacing Brett Favre, it’s possible, as long as the results are there. At Credit Suisse, Paul Germain worked under Global Custodian Legend Philip Vasan for three years before Vasan left to run the firm’s Private Bank division in the Americas. Since Germain took over as the global head of prime services in April 2013, he has led the business through a seamless transition.

“I was fortunate to inherit a healthy business with great clients, great people and a clear vision,” says Germain. “We’re comfortable with our current market position and will continue to grow the platform in a thoughtful way—staying consistent with our strategy of reliability and maintaining a selective client base.”

Before joining Vasan at Credit Suisse in 2010, Germain graduated with a B.S. from the Wharton School of Business at the University of Pennsylvania, followed by an M.B.A. from Harvard Business School. Between his degrees, Germain completed a two-year stint at Salomon Brothers in the firm’s high-yield group.

Following business school, Germain joined the ranks of Goldman Sachs for 12 years, where he served as co-head of the global institutional effort and chief of staff for the head of U.S. equity, followed by becoming co-head of the U.S. client franchise in prime brokerage for his last two years at the firm.

“I think a lot of people have a false sense that as you move forward in our industry, things somehow get easier,” he says. “But I think the reality is that it definitely gets harder because the challenges become more complex.”

But these challenges keep Germain passionate about his work and motivate him to keep the prime brokerage group running full steam in the face of a changing regulatory environment.

“More than ever, our currency is about innovation and staying ahead,” he says.

While the regulatory side will be challenging, Germain anticipates continued growth in the hedge fund industry, which should help Credit Suisse’s prime brokerage group as it serves some of the largest hedge funds in the industry.

Working with these large clients also involves working globally. “So it means a lot of traveling and a lot of communication with folks in all geographies in mornings and at nights, so it creates logistical challenges of getting that right,” he says. “But I think that’s also what makes it fun and interesting, because you’re dealing with people of different cultures with different perspectives.”

In order to successfully advance in his career and lead the prime brokerage group, Germain says that he’s been able to learn from a handful of different colleagues along the way, picking up one or two things to add to his repertoire.

“Each of them has taught me different things about the business and made me better, and that’s why I still enjoy what I do. I’ve always worked with great people who are smart, have strong work ethic, high integrity and who are thought leaders in their space.”