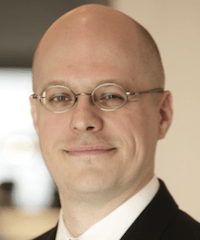 Since launching Finadium in 2005 as a financial market consulting firm, Josh Galper has tightened his company’s focus while expanding its international reach.

During the early days of Finadium, the firm focused on a mix of financial market topics including securities finance, equity trading and back-office systems. “And then along the way we found that our interests, as well as the market’s interest in us, were much more geared towards securities finance and collateral issues than they were around equity trading or back-office systems,” says Galper.

Despite a relatively small team of six, Finadium has become a name brand in the securities finance industry, providing research insights and hosting informational events around the world.

“It’s because we focused on our expertise and not trying to over expand but really be subject matter experts as best we can,” says Galper.

After the early years of consulting on a wider range of topics, by 2009 Finadium became almost exclusively focused on securities finance from a pension plan, hedge fund and intermediary perspective. What his team does, Galper says, is “understand our subject matter as best as possible and put context around changes in regulation and the market environment, and make that easily accessible for our clients.”

Prior to launching Finadium, Galper spent time as an economist in the public sector and as a consultant at Tabb Group. He is able to apply lessons from both experiences today.

Regarding his time in the public sector, such as working for UNICEF in Brazil, Galper says it helps him “pay attention to the interest of regulators and politicians and how those interests may converge or diverge from the realities of financial markets.”

And as a consultant at Tabb, Galper says he learned the value of primary data, and that’s why Finadium puts an emphasis on primary surveys as part of the company’s research.

In between his time at UNICEF and Tabb, Galper obtained his MBA from MIT, where he focused on financial engineering. During the second year of his MBA program, Galper started working for the World Federation of Exchanges, which was “a good transition for me moving from the public to the private sector because this organization dealt with both private sector entities like stock exchanges and also public sector organizations such as the World Bank and the IMF,” he says.

Right after business school, Galper joined the market structure group at Merrill Lynch to work on internal projects and M&A dealing with market infrastructure, clearing and settlement, and this position gave him his first introduction to securities lending. After a few years at Merrill Lynch, Galper joined Sanford Bernstein for a short while to work on securities lending, then electronic trading, before pursuing the consulting track that led to him to Finadium—a business he enjoys immensely.

“I feel a great sense of gratitude to do this work,” says Galper. “It is challenging material, I like the people I work with and appreciate the opportunity to run Finadium.”