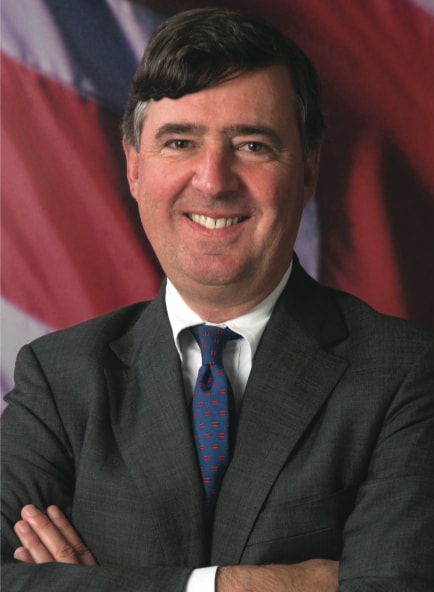 Unlike a lot of banks, Brown Brothers Harriman (BBH) had a record year in 2008. Since it was his first full year leading the firm as managing partner, Digger Donahue is naturally rather pleased. But as he is the first to admit, last year was not unusual. In fact, it was the fifth record-breaking year in succession. This year is shaping up to be rather more challenging, but Donahue refuses to lose his sense of humor. Asked, late on a Friday afternoon, how far he is looking ahead, Donahue does not miss a beat before saying “the weekend.” The irony is hard to miss. In reality, of course, no bank thinks longer term than Brown Brothers Harriman. As Donahue points out, the 39 active partners of BBH have among them 1,009 years of experience at Brown Brothers alone-and the limited partners add even more.

“We have a lot of people who have been through not one cycle but two or even three,” he says. As in the 2001-03 bear market, BBH is so concerned to keep its people and its culture intact for the inevitable upturn that it has chosen to ride this bear market out with wage freezes, voluntary early retirement and natural turnover rather than compulsory layoffs. In 2009 the partners are foregoing any salary and instead putting it into a special pool for employees. According to its own measurements, Donahue says, it is this kind of togetherness that enabled BBH to outperform every other trust bank in the United States between 2003 and 2008 in terms of revenue growth and profitability. “We are going to pull through these difficulties too with the same collective sense of sacrifice,” he explains.

“If you do not keep your organization intact you cannot do a good job for your clients, and in times of adversity, clients need you more than ever. Because we do not take the place apart in the bad times, and we earn our clients’ loyalty, we can get going more rapidly when the good times return.”

If staying close to the clients sounds familiar, it sounds a lot less pious at a partnership than it does at a joint stock company. After all, if a company eschews external capital-raisings or transformational acquisitions, making clients spend more with your organization is the only way to grow the business. “We are focused on clients because we have to be,” Donahue says. “There is always an advisory flavor to our relationships with clients because there has to be. We do not compete by having careless covenants on our loans or bargain basement pricing on a revolving credit. What matters is the quality of the relationship and the people we have on the account and the fact we are going to work with these people for a long time. You have to do a good job at all times or the quality of the relationship drops off.”

He sees the inability to acquire not as a handicap, but as a positive discipline. “Not doing acquisitions-what an advantage that is,” Donahue enthuses. “Every time an organization makes an acquisition they must put the whole business on hold for a year or 18 months to integrate all the stuff you have just bought.” That ability to buy and sell, and realize hidden shareholder value, is of course what drives public companies.

BBH, according to Donahue, answers to different constituencies. “In a privately held firm, you focus on only three constituencies, in this order of priority: clients, employees who service the clients and owner-managers,” he explains. “If you take care of the constituencies in the right order of priority, the third group-the owner-managers-are not going to have anything to worry about because the business is going to be sound and successful. If you are not a privately held company, you have outside shareholders who seldom have the long-term alignment with the business. If they are hedge funds, they are telling you what to do, and what to spin off, and so on and so forth. If you do not put that outside shareholder constituency first, you are dead. They will sell you, or merge you, which is not good for you or your clients or your people. Today you have got the super outside shareholder, the über-shareholder, the government. More than ever before, we cherish the notion of doing business as we are.”

And how exactly does BBH do business?

“People often say we are doing banking business without any safety net,” Donahue says. “Well, if you are on the high wire, you need a safety net. As a result of our structure, we take pains to operate on the low wire. The liquidity generated by our securities services business, we use in a very conservative fashion to support the clearing business, not to take separate risks. You can also see that philosophy operating in the way we run securities lending and cash management.” In fact, BBH has survived the liquidity crisis so well that James Grant, the celebrated editor of Grant’s Interest Rate Observer, argued in a recent article that one way to avert future banking crises would be to ensure that other bankers had as much “skin in the game” as the partners of BBH. Certainly one problem in modern investment banking is that investment bankers are not playing with their own money. But Donahue is careful to avoid hubris in the downturn as he was in the upturn. “One of the things about our model is that it works for us, but we are not going to put the trust banking business, let alone the whole of finance, back in the partnership model,” he says. “We are not prescribing our approach to business as the industry ‘must.'”

That said, Donahue believes that lack of traditional measures of “scale” make an institution more innovative: In the words of an English merchant banker of the pre-Big Bang generation, the partners of BBH have to live by their wits rather than their assets. He points to the Infomediary platform as a perfect instance of BBH combining client service, revolutionary technology and innovative thinking-namely, using technology to give clients efficient access to third-party providers, rather than using it to tie them in-to expand its client base. “Thirty years ago, our organization had virtually no technology at all. We didn’t like it or want it. That turned out to be one of the greatest advantages for us because it meant there was no legacy stuff around and when we focused on building technology, we skipped right into the Internet.”

Infomediary, conceived in the Dot Com boom and delivered in 2001, now has over 150 users. “We looked at invitations to apply Infomediary technology to other industries but realized we would need an innovative partner with health care or other industry expertise,” Donahue continues. “We are a case study that domain expertise is actually more important than the technology, but you need them both.”

Such is his confidence in the value of innovation that he allows himself to muse on the possibility of accessing growth capacity by using technology and harvesting the power of the unused intellects around the world, in the securities services equivalent of Linux. “If we could organize the work to be done the way we have organized data flows with Infomediary, we could achieve the modern equivalent of setting up an operation in Mumbai,” Donahue enthuses. It is even more certainly a vivid example of the open-mindedness that so many BBHers see as the chief characteristic of their managing partner.

It was precisely that openness that made him a natural supporter of fellow legend Stokley Towles when Towles proposed expanding the exposure of the bank to the custody business in the 1970s. The two men were natural allies for other reasons too, not least of which was the fact that it was Towles who brought Donahue to the firm in the first place. Now in his 50th year at BBH and still a regular in the office, Towles tells the story of how Donahue was hired back in 1974.

“Digger came in one summer, introduced by a commodity dealer-his dad was in the wool business-and we chatted for quite a while, and I was quite impressed,” Towles recalls. “Noah Herndon [then partner in charge of the Boston office] said subsequently that we had to hire someone and he thought it should be from a graduate school. Since we did not have time to visit too many graduate schools, he said we should go to Harvard and pick the best financially oriented person in the graduating class. He said we had to do a real study. I said, ‘I do not mean to interrupt you, but I have already found the guy. I know I have the right guy for us.’ You could see he did not want to insult me, but he was certainly not laughing. He said, ‘We spend a lot of time learning to be professionals, and that is certainly not professional recruiting procedure.’ So we found 60 people interested in BBH at Harvard Business School and interviewed for 2 or 3 days. We did the whole thing according to the book. At the end of it, I said, ‘Well, Noah, what do you think?’ He said, ‘Stokley, you have wasted a lot of my time.’ I said, ‘What do you mean?’ He said, ‘Well, Digger is obviously the right person.'”

Right person or not, Donahue proved something of a culture shock. Towles admits that he was horrified when Donahue asked him for a raise, just 2 years after joining the firm. “I had never heard anyone at Brown Brothers ever say that before,” he says. “I looked around to make sure there was no one around to hear it because I thought it would ruin his career.”

But Donahue must have deserved the money because he got it. Certainly, the shared vision of Towles and Donahue back in the 1970s has proved astonishingly fruitful. Institutional securities services, including treasury services and securities lending as well as custody and fund accounting, now accounts for two-thirds or more of revenues at BBH. The balance is made up of its traditional business of commercial banking, corporate advisory, private equity investing and private wealth management. It looks like a ragbag of unrelated businesses, but Donahue points to an unusual strategic logic that increasingly links them together and differentiates BBH.

“Our objective is to associate ourselves, over a generation, with the families and senior executives of privately held firms. They are a lot like us, and think like us in terms of risk management, and they want continuity and an unconflicted relationship over a long period of time,” Donahue explains. “When they are building corporate wealth, we lend them money and advice as bankers. When they go through a period of considering their strategic alternatives, we can help with advice on ownership transitions, recapitalizations and perhaps transaction execution. Ultimately, after a liquidity event, we can offer them private wealth management services as well.”

One of the advantages of the tertiary stage is that most business owners are more interested in capital preservation than capital growth. BBH’s wealth management business has done so well that Lipper recently declared the BBH Core Select Fund the best performing institutional fund over the last 5 years. “We invest in a fashion we describe as ‘investment with a margin of safety,'” Donahue explains. “Last year, our equity results were down half what the market was. Is it a flash in the pan? I do not know but I am now a client too, so I don’t think so. The thing I like about our current investment approach is that we are investing in line with our philosophy as a firm. Do things with a margin of safety. Do not get carried away. Do not go with the latest fad, which looks good in the beginning, and then everybody does to excess.”

No wonder BBH is not taking handouts from TARP.