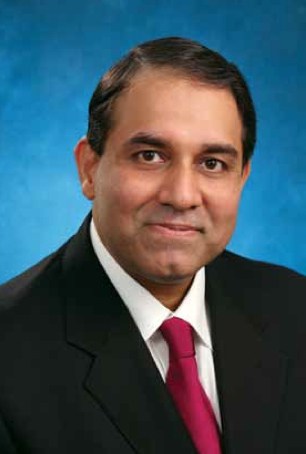 Like any legend, securities services legends don’t just burst onto the scene as such – they have to work their way up to legendary status. Neil Daswani, now the regional head of transaction banking for Northeast Asia at Standard Chartered Bank, remembers what it was like to be the “new kid on the block.”

Daswani joined Standard Chartered in 1991, but he didn’t move into the securities services industry until 2000. He has held senior positions in relationship management, risk, cash management and trade finance throughout his career. But Daswani, both dedicated and versatile, was up for any challenge.

“At the time I was working as the global product head for liquidity management within cash management and transaction banking based in Singapore, and the bank, like many other organizations post-Asian financial crisis, was undertaking several strategic reviews, and they wanted a fresh pair of eyes – somebody who didn’t bring any biases or didn’t have any vested interest to do that independent review of the custody business. That was a fascinating time,” Daswani recalls. “I had no background whatsoever, so right at the outset I had to very quickly equip myself with the fundamentals of the securities services industry – I actually had to earn my stripes.”

And earn his stripes he did. From 2000 to 2003, Daswani wrote six studies about the securities services arena and was then subsequently hired as the project lead on the strategic review, which essentially looked at three options: staying on as a “one-trick pony,” i.e., as an Asian sub-custodian; moving up the value chain and adding onto its existing Asian sub-custody business; or reevaluating whether they should even remain in the business for the longer term, he says.

Daswani then took a break from the securities services industry, moving on short notice to an assignment in the Middle East until 2005, when he returned to the industry.

After reviewing one of his many strategic papers looking into the bank’s options, Standard Chartered promoted Daswani to global head of securities services to lead the fund services initiative in 2006. Daswani assembled a “dream team” of people he handpicked, including Giles Elliott. The group decided to open door No. 2 and move up the value chain.

“Clients in [our national franchise] markets were saying, ‘You already have cash management. You are already on the consumer and retail banking side, i.e., best of breed, third-party fund distributor. You’ve also got great FX hedging capability in exotic currencies,'” he says. “So we had a lot of pieces of the puzzle. Obviously we had subcustody across Asia. So a natural follow-on question from our clients was, ‘Why don’t you become a one-stop shop; why wouldn’t you come up with a proposition in the fund administration space that would put in the missing piece to the jigsaw puzzle?’

“It was not only just organic growth or about building a new platform from scratch, but it was about hiring in the talent and sort of marrying it with other pieces of the puzzle that we already had – the cash, the fund distribution, the FX and the sub-custody – but most importantly it was all about engaging with clients, and responding to the requirement that was first articulated by them,” Daswani says. “One of the most satisfying aspects of all was winning very early into our life cycle as fund administrators in Asia a few sizeable mandates for me and the team to win against far larger, more established players in this space. [That] was the crowning glory.”

This passionate and driven industry player says those relationships – whether formed from being on the same team or opposite teams – are what he loves about securities services.

“These relationships transcend the classical client-provider framework,” he says. “You don’t have to be formerly in a securities services role to preserve those relationships. They are formed out of dealing with crisis situations, dealing with volume spikes, dealing with new markets, helping clients interpret regulatory change, making them more effective to their own upstream clients.”

Staying on track with client-centricity, Standard Chartered was able to breeze through the financial crisis, actually coming out unscathed and becoming a stronger financial institution, according to Daswani.

“It wasn’t about investing in a number of disparate mono-line businesses,” Daswani says. “So as a net result we are also a magnet for talent. We were certainly a magnet for capital flows and incremental capital coming our way. We had a number of issues, which were very successfully oversubscribed. We were not only open for business but were often regarded as a safe haven bank, if you will.”

Though Daswani’s roles continue to evolve within the banking world, he still has a great passion for securities services and upholds the respect he earned from the early- to mid-2000s. Because of his natural leadership, he is often asked to speak at reputable industry events such as BAFTIFSA, Fund Forum, the Asian Banker Summit and Sibos, at which he will also speak this year in Toronto.

“The word ‘industry’ is absolutely apt and appropriate when you speak of securities services,” he says. “There is the camaraderie there, but there’s also the thought leadership. We build off each other’s ideas [in] the various forums I’ve been associated with. There’s always this aspect of return. There’s a sense that I have never really left despite having moved on to another role. There is a gravitational pull to the industry that sort of never lets you go.”