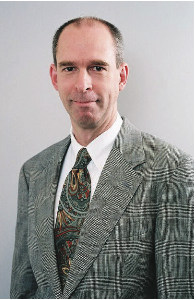 As global head of network management at Union Bank, John Cotter has both the enviable vantage point of experience-he joined the bank in 1995-and global reach-he appoints agent banks in more than 63 markets. Given all of this, he has had a front row seat to the great deal of change within the global markets.

“When I first started the major markets were all SWIFT compatible and eligible, a number of the emerging markets were still using either using telex or even faxes or other rather archaic means of communication,” Cotter says. “Today, except for a handful of markets, all markets are using SWIFT as their means of communication in terms of the custody world. The same applies for the settlement process and computing process. When I first started working years ago, a large number of markets were still physical. Settlement took place in a physical environment. And now everything has gone to a depository environment.”

Cotter says his greatest career milestones also continue to be his challenges. The first being the introduction of the euro, which he helped coordinate in terms of his company’s network; the second being the introduction of SWIFT messaging. “It will continue to have a big impact on us and my role in working with the agent banks to ensure that we have the proper straight-through processing of their messages and vice-versa,” Cotter says.

In terms of the future, Cotter says his biggest challenge will be further consolidation in the European marketplace. “It is going to become a very competitive market for local custodians,” Cotter says. “Again, this offers a lot of challenges for us as a global custodian. I view this as one of my most significant challenges for the next 2 to 5 years in terms of what are strategies are for the European market.”