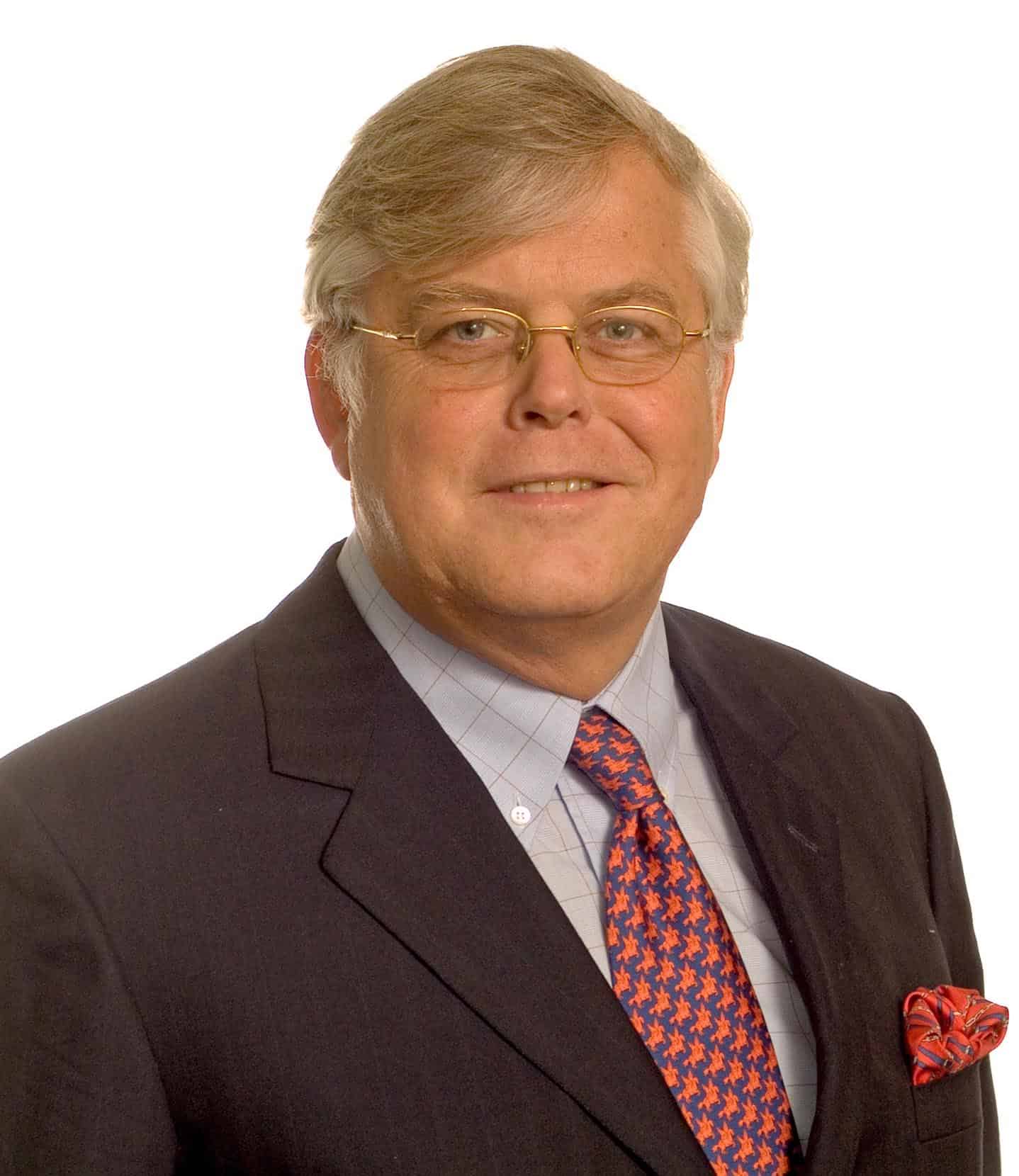 A career since the days of punch card-run computer programs provides Ignace Combes, deputy chief executive officer of Euroclear SA/NV, with a wealth of experience as he reaches his retirement at age 60 after a 34-year career with J.P. Morgan and Euroclear.

Commenting on his plans for retirement, Combes says: “It is in the interest of an orderly succession plan for the management of the Euroclear group that I want to announce my retirement plans early. I will be leaving a very strong pool of accomplished talent at Euroclear with a zealous drive to succeed. Together, we have delivered meaningful change to the post-trade business, setting solid foundations for the future.”

Combes joined the Systems department of Euroclear in 1976, when it was still operated by Morgan Guaranty Trust Company of New York. In a modern marketplace, it is perhaps unusual to spend such a long career at one firm. Reflecting back, this was not what Combes envisaged at all. “If I can be honest, I had no intention whatsoever of joining Euroclear when I joined J.P. Morgan,” he says. “In those days, I was really looking to joining J.P. Morgan in its classic role as a bank. I thought Euroclear was too specialized for my interests. How would I develop my career starting off in such a niche business? And as you might expect, I had never thought that I would spend most of my career at Euroclear.”

In the early days of Combes’ career, he was involved with the technical rewrite of Euroclear’s settlement process. At the time, IT professionals worked with punch cards to run computer programs. When the punch cards were fed into the computer in the evening to run the program overnight, the team had to hope that they hadn’t made a mistake; otherwise, a full day of programming was lost.

From this now-archaic stating point, Combes worked in a number of roles during his time with the company. In 1979, he was appointed project leader for the development of a new securities settlement system and in 1982 took on responsibility for the development and implementation of a fully automated lending and borrowing program.

In 1989, Combes finally achieved his aim of working for J.P. Morgan in New York. However, by 1994, he had already returned to Euroclear as managing director and head of the Commercial division.

During his Euroclear career, he also headed the Corporate Strategy, Product Management and Banking divisions. “When you look across all of the functions I’ve had the opportunity to manage, you can easily understand the reasons why a long-term career at J.P. Morgan and Euroclear was sufficiently rich in itself without having to look at other opportunities to further extend my competencies. Simply because I’ve been involved in quite a lot; I’ve been in the IT world, I’ve been running operations, I’ve worked closely with clients as head of commercial, I’ve done product management and corporate strategy. I’ve also worked in banking and treasury at Euroclear Bank. While in New York, I managed worldwide marketing for J.P. Morgan’s operational services, and took responsibility for a large-scale re-engineering project to reconfigure the way transactions were processed within the company,” he reflects.

Combes has always been highly driven. On one business trip, his flight was diverted to Atlanta because of the famous New York blackout. In order to make the next day’s meeting he had to rent a car and, just to make sure he stayed awake, Combes’ wife called him every couple of hours.

With all this experience, Combes is able to provide an insight into almost any area of the securities business. However, product development and strategy was the domain he enjoyed most: “It is probably more aligned to my nature. I like to get involved with new developments, shaping a business or an industry, determining how we should position ourselves going forward, identifying the opportunities and what can be improved for the benefit of our users.”

Despite this area being the one he picks out as the most enjoyable, Combes feels he benefited from all the experiences he has gained throughout his career. “Being exposed to all these different functions, I got to learn different skills, face new challenges and experience a wide range of learning processes. But on top of that, changing roles every 3-4 years meant that as one tries to make a difference, you never have the time to just sit on it; you have to be ready to move onto something else. That, in itself, is very positive from a career development point of view.”

It is clearly the growth and development of Euroclear as a whole that Combes has enjoyed watching, being involved in and implementing over his career, so finding one career highlight is quite difficult. Yet, it is the more recent years when Euroclear has undergone some of its more notable changes – such as the separation from J.P. Morgan – which he sees as the most exciting. “When you look at early 2000 until now, we’ve merged with six or seven different companies, we are three-quarters of the way through the creation of a platform that will be fully harmonized across all functions, including settlement, custody, collateral management and so forth,” he says. “So, I think this time in my career is possibly the highlight. I was lucky to be able to help shape our new business model, implement it and move forward with its different phases.” One unexpected result of this involvement was during discussions with executives from the Brussels, Amsterdam and Paris Stock Exchanges regarding post-trade arrangements, when Combes was asked for the use of his office in Brussels to hold the meeting. It became clear as the meeting took place that it was the meeting that concluded the merger of the three exchanges to become Euronext in 2000.

Now looking toward his retirement, there are some aspects of the industry that will be missed, however Combes hopes to stay very much involved with the business world. “I will miss the Euroclear environment and the interaction with the industry, clients, users and so forth. But it has reached the time when, what I would like to do, and bring forward, is not possible as a company executive. Now I can use my experience and knowledge as a board member both within the industry as well as outside. Going forward, I hope to broaden my horizons by spreading my experience across a multitude of industries. My whole career has been in the securities business. I would now like to leverage all of that knowledge, both functionally and from the industry, to other sectors. I would like to be more involved in both the profit and non-profit sectors, but as a non-executive.”

From his long career, he is able to pass on some valuable advice: “People often think opportunities should be offered on a silver platter, especially in the case of training and education. There is so much more you can do in terms of self-learning, if you yourself are prepared to invest and learn the context yourself, and not just take what you receive from the education and training you get from your employer. When a client asks you to do certain things, or says, ‘I have a problem here,’ to really understand where that problem comes from, look into the context of that problem and through that learn about the industry. That will help to identify more structural solutions and develop more strategic thinking.

“Secondly, and probably more important, is to broaden your experiences, both functionally and geographically. The speed of change is such that being able to take perspective on issues is very important. One effective way to achieve that is to work in different functions and move geographically so that you learn from different cultures. Third, and this is what I feel is not happening enough – listening. These days people very often want to tell their own story, when it might be far more effective to listen.

“The fourth area is collaboration. At Euroclear, when we separated from J.P. Morgan, we felt something needed to be done to make Euroclear more of a brand name in Belgium. In business, we always talk of competition, but sometimes we need to see how an industry can be moved forward by taking a step back from the corporate view and, instead, look at how the whole industry could improve through collaboration. This is something we have done in Belgium with companies like SWIFT, Atos Worldline and The Bank of New York Mellon – to create an environment that is more positive for business.”

Pierre Francotte, chief executive officer of Euroclear, commented on Combes career: “Very few executives have contributed to the success of their company with as much impact and in so many business disciplines as Ignace Combes has accomplished at Euroclear. Ignace’s tenure at Euroclear represents a lifetime of achievements and commitment to an organization that has grown and prospered thanks to his contribution. Not only has Ignace been instrumental in building Euroclear as the industry leader, he also has contributed to the development of the post-trade industry itself, working very closely over the years with market participants within both the trading and post-trading sectors for the benefit of the market. His legacy to our industry, therefore, is all the more impressive.”

Sir Nigel Wicks, chairman of Euroclear, furthered those sentiments: “His unrivaled knowledge, business acumen and experience in every aspect of our industry have proved invaluable to the company. The board is most grateful to Ignace for his great contributions sustained over many years.”

In his retirement, beyond pursuing certain areas of the business world, Combes is also looking forward to more time spent with the family. “With the European markets changing so fast, you have very little time for yourself. In my family, we have had the pleasure to be able to move around, for example, to live in New York. From a family viewpoint, it has been very enriching. Of course, professionally speaking, family sometimes comes second. Work takes up so much that sometimes you cannot spend the time that you should and want with your family. That is, of course, something I am looking forward to changing. The balance will be more in the middle; I will still remain professionally engaged, but will have more time with the family. In fact, I am expecting my second grandson. My daughter-in-law is probably giving birth at the moment. What could be a more important part of life?”-Sarah Keane