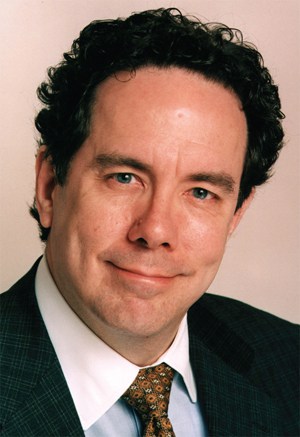 Securities services industry veteran Tom Abraham, who first began thinking strategically about the business as the Andersen Consulting partner responsible for global custody and trust services in the 1980s, has finally secured the chance to put his ideas into action. In February this year, he became CEO of fund management systems vendor DSTi

The news in February this year that Tom Abraham would replace Mike Winn as CEO of fund management systems vendor DSTi was a lot less surprising than it first appeared. Far from being the fruit of the usual executive search, it brought to an apt conclusion a conversation that had begun seven years earlier. Abraham first met Tom McDonnell, the president and CEO of DSTi parent DST Systems way back in 2000. True, the meeting was initiated by a recruitment consultant, during the period after Abraham had left Deutsche Bank Securities in Tokyo but before he joined Citibank Corporate and Investment Bank in London in 2001, but it sparked a dialogue that continued on and off for the next seven years. So when incumbent DSTi CEO Mike Winn decided last year that he would like to retire, Abraham was the first person McDonnell called. “Tom and I got along extremely well,” says Abraham. “There was good chemistry between us.” After several month of negotiation over the final details, Abraham formally took over as CEO of DSTi on February 12, 2007. The revenues of DSTi are not disclosed, but he takes charge of a business with 1,700 employees in 10 countries, making it one of the largest vendors of applications to the fund management industry.

The motor-cycling, jazz-loving Winn-he also sported an eye patch-is a hard act to follow and not only in the sense that few CEOs aspire to be as colorful. Abraham comes from a more sober background in consulting (with Andersen) as well as investment banking, and faces the challenge of building his own relationships and rapport with the staff and clients of DSTi. Only then can he begin work on the task that his background has fitted him for: working out a new strategy for a company operating in an industry undergoing far-reaching structural changes. “Traditional and alternative fund management are converging, and that will influence the kind of products we need to make,” says Abraham. “We need to be multi-asset class and multi-strategy. There are also changes in the structure of the capital markets, which is transforming fund managers from takers of liquidity into providers of liquidity. If we are serious about maintaining our role on the buy-side, we have to figure out how we fit into that equation.” Both developments set challenges for Abraham at Citigroup too, but he clearly relishes an opportunity that was much harder to seize as managing director and global head of strategic solutions in the transaction services business at Citigroup than it will be as CEO at DSTi: the chance to translate thought into action.

For that reason alone, it seems that leaving Citigroup was not a wrench, for he could look back on significant achievements. When he arrived at the bank in 2001, charged with building a fund management outsourcing business, he had nothing to build on. The Standard Life Investments lift-out, announced in 2003, gave the giant American bank both a large client and the skills and confidence to plan a bold transition of its assets on to a new platform which could support multiple outsourcing clients. “We came from behind,” says Abraham. “A number of our competitors had a real jump on us. But by moving Standard Life onto our own platform we did something none of our competitors have managed to do.” That platform in Edinburgh now supports Dutch insurer Aegon in the United Kingdom as well, making Citigroup the first bank to support two outsourcing clients on a single platform.

So more-of-the-same was scarcely a challenge. By late last year, it had also become apparent that Citigroup was about to embark on a brutal period of restructuring and retrenchment. But Abraham insists it was pull rather than push factors that persuaded him to join DSTi. “I had been looking for some time for the right opportunity to run a reasonable size company,” he explains. “I know the industry segments that DSTi serves quite well, so it was well within my comfort zone, and I welcomed the chance to come in and run my own show. So it was all-round pull.” Abraham also believes his experience of the fund management outsourcing industry will be valuable in shaping the strategy of DSTi. As he points out, fund managers under pressure in the bear market of 2000-2003 initially adopted outsourcing not as a way of transforming their capabilities, or even of focusing on what they were best at, but of skipping the costs of maintaining and eventually replacing their ageing technology platforms.

In the stronger markets of today, outsourcing has to offer new product capabilities and better service quality as well savings on technology costs, but the migration of assets on to new platforms has proved more complicated than the early evangelists anticipated. “The platforms are not there yet and until they are there outsourcing will go through a flat phase,” says Abraham. “What is interesting for me, now that I am a technology provider, is to make it easier to implement new technology. At the moment it takes a long time just to build the basic interfaces to the data warehouses and front-office portfolio management systems. There is a huge amount of effort that has to go into end-to-end testing to ensure that every trade and cash movement the portfolio manager decides to make percolates all the way through to valuation by the outsourcing provider. It all looks quite simple on a whiteboard, but in practice it is very difficult. The opportunity for us as a software provider is to see what we can do to make it easier to take on new technology and integrate it with existing applications.”

It does not help that front-office fund management systems (such as execution and order management applications) and back-office fund administration systems (such as fund accounting and transfer agency applications) have until recently occupied parallel universes. But they are now converging, with order management application providers such as Charles River or Latent Zero or LineData adding back-office applications by development or acquisition or merger, and back-office vendors such as DSTi, SimCorp, SunGard and IGEFI, adding front-office capabilities by the same means. “The fund management industry is a complicated chain, and nobody yet has quite all the pieces to put it together,” says Abraham, but he is not yet convinced that owning applications to make every link in the chain is a plausible strategy for an IT vendor anyway. “It remains to be seen how tight the integration of applications need to be in order to be effective for the asset manager,” says Abraham. “Asset managers are not a single community. Even within the traditional fund management industry, you have firms that are primarily institutional, or retail, or insurance-based, or pension fund-based. Then you have a host of alternative fund managers pursuing an even larger number of investment strategies. They all have different requirements. There is no single platform that can meet the needs of a German insurance company, a Swedish pension fund and a UK wealth manager.”

It follows that different fund managers will purchase different combinations of front- and back-office applications and make different compromises between them over the degree of integration they can live with or without. “We want to take the strengths we have in the back office and the infrastructure and make it easier for fund managers-and outsourcing providers for that matter-to pick and choose what they want,” says Abraham. “Our strategy is moving more towards a systems integration play, and a consulting and advisory services play, than a traditional product focus.”

This is precisely why Abraham is such an astute choice to lead DSTi. Across a career that spans Andersen Consulting, as well as Deutsche Bank and Citigroup, he has spent most of his working life helping financial institutions understand and reconfigure the ways they get work done. “It means we have to be able to support large-scale integration projects, and we need to have robust infrastructure like data warehousing,” says Abraham. “I want to be able to walk into a fund manager and say, ‘Okay, I understand we cannot give you all the applications you want, but we can make the integration process easier.'” He adds that parent company DST owns billing and workflow applications that are already proving useful in advisory and consultancy work.

No market is riper for that consultancy-plus-integration offering than Europe, where relatively sophisticated, multi-asset class, multi-strategy fund managers are looking to differentiate themselves in a competitive marketplace. Not that an Abraham-led DSTi will cease selling products. In fact, traditional products such as the HiPortfolio fund accounting platform are selling faster than ever in Asia, and especially in new and fast-growing mutual fund markets such as China and Vietnam. Like most non-American fund administration platform vendors, Abraham sees the giant US mutual fund market as closed to new technology, but he is surprisingly upbeat about the separately managed accounts (SMA) market there. DSTi has client profiling, investment accounting, performance measurement, risk analysis and fund manager connectivity applications that ought to appeal to SMA distributors, and he is hopeful of selling them to the distributors now looking to disturb the wirehouse oligopoly-some would say the Smith Barney-Merrill Lynch duopoly-in the American SMA market. Abraham thinks wrap accounts may develop into a similar opportunity for DSTi in the United Kingdom.

Tackling the SMA and wrap markets will mean going head-to-head with less familiar competitors. But Abraham is careful to emphasize that he intends to build on the traditional strengths of DSTi in fund accounting (where its traditional rivals include IGEFI, SimCorp, SunGard and Line-data) and infrastructure (where it faces formidable competition from firms such as Oracle and SAP). However, the Abraham vision of a company driven not by product sales but by the integration and consultancy needs of clients implies that DSTi will work with its competitors at least as often as it competes with them. “The advantage we have over them is that we have got the staffing and the capability to do that,” says Abraham. “A lot of our competitors are just pure technology firms.” Intriguingly, Abraham says he would also like to explore the potential synergies with those other parts of the DST family-such as the IFDS transfer agency joint ventures with State Street, and the Cofunds funds supermarket in which IFDS has a stake. Nor does he preclude other joint ventures or even acquisitions. “I would like to see what we can do to leverage IFDS and Co-funds to build out a more complete offering on the distribution side of the business,” he says. “But, whatever happens, ours will not be a purely organic strategy.” It is a bold prediction, but one Abraham is clearly ready to fulfill. – Dominic Hobson