The European Parliament and EU Council have agreed to make changes to the Central Securities Depositories Regulation (CSDR) in order to allow for the postponement of mandatory buy-ins included within the rules. 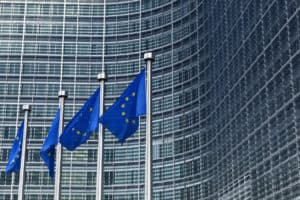 The buck now passes back to the European Securities and Markets Authority (ESMA) with experts predicting the delay could be between two and three years.

After months of anticipation following ESMA’s recommendation to the European Council to delay the controversial aspect of the Settlement Discipline Regime, the move came during a trilogue over the DLT Pilot Regime where CSDR had been listed under AOB for the agenda.

The announcement came from Mairead McGuiness, European Commissioner for Financial Services, Financial Stability and Capital Markets Union on Twitter as she welcomed the political agreement between Parliament and Council on the proposal for a DLT pilot regime, adding change in CSDR in a follow-up tweet.

The decision will be met with delight from market participants and associations who have been lobbying for a scale back in the rules and a delay for a significant amount of time. One of those associations is the Association for Financial Markets in Europe (AFME), which issued a statement.

“The mandatory buy-in rules have been widely acknowledged as being flawed and disproportionate,” said Pablo Portugal, managing director of advocacy for AFME. “Their impact would lead to wider spreads and less liquidity, meaning more expensive and less efficient capital markets for Europe’s issuers and investors.

“Market participants will be awaiting further clarity from European authorities on the implementation of settlement discipline measures in February 2022 following today’s announcement.

“The planned review of the CSDR in 2022 should fundamentally reconsider mandatory buy-ins and lead to a more proportionate regime that supports Europe’s capital markets.”

Speaking to Global Custodian’s sister publication earlier this week, Linda Gibson, director, head of regulatory change at BNY Mellon’s Pershing, said: “We understand that if confirmed, a postponement of some two-three years for the introduction of the MBIs is envisaged.”