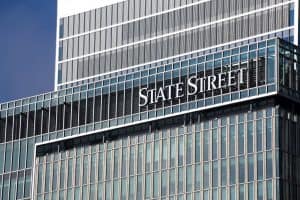 State Street reported a drop of 3% in its assets under custody in its second quarter results as the value of assets from its pension fund and insurance company clients fell.

The custodian also recorded a drop in revenue across its main business lines, with fees from asset servicing down 9.3% year-on-year to $1.3 billion, and securities finance revenue also down 18.2% to $168 million. Total revenues were down 5.6% to $2.2 billion.

Total assets under custody and administration (AUC/A) for the Boston-based bank reached $32.7 trillion, down 3.3% compared with the same period last year.

The fall in AUC/A comes in contrast to other global custodian rivals, in which BNY Mellon and JP Morgan both posted an increase of 6% and 5% to $35.5 trillion and $25.5 trillion respectively.

Of this, AUC/A from its pension fund and insurance clients dropped nearly 3.9% and 6.8% to $6.5 trillion and $8.3 trillion, respectively.

However, AUC/A for mutual funds increased moderately by 1.1% to $8.6 trillion.

Total investment servicing mandates in the quarter totalled $390 billion for State Street, and $575 billion of assets are remaining to be installed over future periods.

The bank cited challenging industry conditions, including fee pressure, lower client activity, and a ‘previously announced client transition’ as the cause of the results.

“State Street is acting with urgency to adjust to a challenging external environment. We remain laser focused on steps we can immediately take both to improve financial performance and strengthen client service, including enhanced productivity, process re-engineering and greater resource discipline,” said Ron O’Hanley, president and CEO, State Street.

“I am encouraged by the continued momentum with Charles River Development, both in terms of new business on its platform but also due to the depth of the discussions we are having with a range of clients on adopting our leading front-to-back platform.”

During the quarter, State Street announced Lazard Asset Management as one of the first buy-side clients that are committed to come on board to the front-to-back platform.

Yet it was also hit by a $88 million settlement fee to US regulators for overcharging clients through ‘secret mark-ups’ tacked onto the cost of SWIFT messaging.