Home > Why LPs are diving into waterfalls

GC: Why have distribution waterfalls traditionally been an area that LPs have avoided engaging in? 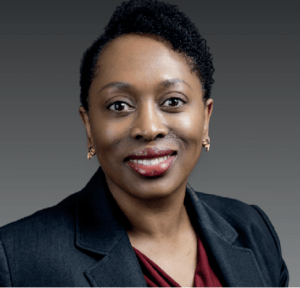 Delphine Jones: This is an area where LPs don’t feel comfortable, mainly because the calculations can be very complex and the data they have got in the past from the GPs has been very inconsistent. This hasn’t helped them when formulating how the waterfall works so it becomes way out of their comfort zone.

It’s important for them to understand it though, because it determines how the revenue of fund is going to be divided out over the span of the fund’s life. For that to be ignored is very surprising.

There have been several high-profile cases where LPs have been overcharged by the GPs, resulting in a barrage of press around the process of the waterfalls and carry distributions.

This is something they can get insight on with a little bit more effort on their part. After all, they are sophisticated and smart, and will be able to grasp it without redoing the waterfall in its entirety.

GC: Given the complexity and time that would go into a full in-depth review, are there any standout ‘red flags’ LPs can look out for?

DJ: We’re not advocating that an LP creates their own waterfall calculation, but there are a few things that they can look at on a quarterly basis. Firstly, their inception-to-date numbers: they want to determine whether they are greater than the distribution they have received – that’s inception to date plus their ending capital account balance. If inception-to-date contributions are greater than the distribution in your capital account balance, then there should be no carry.

The second thing we ask them to take a look at is the inception-to-date contribution compared to the combination of their preferred return and the distributions they received plus the capital account balances. If that is less than your distributions, than your capital balance, then there should be an allocation of carry, typically that is somewhere around 20%. It’s about getting to an approximation of what the carry should be.

The third thing we suggest is that if there is a net operating loss for those funds for the year, you want to go back and see if they are reallocating a portion of the prior year carry because this year you have a loss. So the carry should be reversed.

Those type of analysis don’t take long at all, less than half an hour to ensure the carry is going in the right direction.

GC: Are there any advantages in an even deeper look into the calculations?

DJ: I’ve seen a lot of articles recently about LPs buying software to do calculations for waterfalls, but there seems not to be just one system that can do that. If you have more than one fund, the waterfall for one could be completely different to another. Or there could be enough differences between waterfalls where one size does not fit all. You would need a system to customise a waterfall for each fund and that takes a lot of effort, so I wouldn’t encourage LPs to go that route, but the assessment points I mentioned before are certain things they can do to get an overall feel for whether the carry is overall correct and going in the right direction.

GC: What are the questions they should be asking their GPs around distribution waterfalls and are most happy and welcoming in answering these?

DJ: They should ask questions about any area of the LP agreement that they didn’t quite understand or parts that are subject to interpretation. They want to make sure they are using the same interpretation that the GP is using so that the calculations can be much more in-line. LPs should also question anything they’ve seen in the allocation of profit and loss that doesn’t make sense to them.

In these cases, it’s the simple matter of reaching out to ask the GP, because having that conversation is a better use of your time than trying to figure out all of these discrepancies on your own.

The GPs are very open to these questions and won’t be offended if you have a query about the calculation, because quite frankly, they are happy that you are interested enough in the fund or in the management team to ask.

There are so many nuances that go into this, and there are two standard methods of doing the waterfall, but every single one can have a variation that can only become clear after you’ve dug through the partnership agreement and understand all the nuances.

GC: Could you explain how the European and American waterfalls differ?

DJ: Ultimately, the good news about the two major versions is that at the end of the day it should get you to the same result, the difference is the timing of when the carry will be paid.

The European waterfall calculates the threshold hurdle on a whole fund basis. So each distribution reflects the aggregate performance of the fund rather than the individual investment and this is typically thought to be better for the investor.

The American waterfall, we call a deal-by- deal waterfall, is primarily used in North America and calculates the hurdle threshold on each deal instead of the fund as a whole, so it’s making a distribution to the GP faster. Because you can have a deal in the portfolio that does extremely well early in the life of a fund and they are going to distribute carry based on whether that deal has done well. We feel that approach is much better for GPs especially for emerging managers, who can get carry earlier in the life of a fund rather than waiting for the fund to get to the threshold later in the cycle.

GC: Do you – PEF – engage with both the GPs and the LPs on this process?

DJ: We spend much more of our time on the GP side as they hire us, but I’ve been on calls with LPs with my GP client to get them comfortable with the waterfall and answer questions on it. It’s not just the LP that needs additional assistance; sometimes the GP needs to be educated on how the waterfall works. We spend a lot of time at PEF walking the GP through the waterfall process and enabling them to understand the process in order to answer the LP questions.

« “Exit, pursued by a bear”, why ESG influences IPO success