SWIFT has announced plans for a digital version of Sibos which will be aimed at reaching a broader audience by making the conference free to virtually attend for delegates.

The market infrastructure giant moved quickly in the early stages of the pandemic to cancel the physical meet-up for its flagship annual event when it announced the postponement in April. The organisation said at the time it had a view to provide a digital alternative. 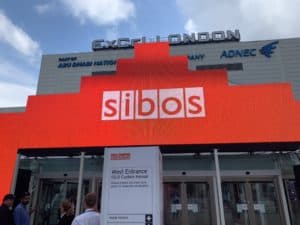 In its revised plans, Sibos Digital, will become a virtual event leveraging sibos.com and the conference’s App to bring discussions, presentations and insight to the financial services world in what it wants to be a community-focused initiative.

The event will take place from 5-8 October, the same days which the Boston 2020 event was initially scheduled for.

While the number of sessions and streams look to be scaled back from the substantial setup SWIFT usually runs, each of the four days will still be packed with sessions and other components such as private sessions, Innotribe sessions and the newly-introduced Sibos academy.

The main theme will be focused on driving the evolution of smart finance – with sub-streams including delivering digital value, responsible innovation, banking for humanity, and the future of finance.

By making attendance free for delegates, Sibos could be set to reach record new numbers, with travel and associated costs often restricting participating companies from sending the entire ranks of relevant staff to the conference.

The organisers are even exploring ways to keep initiatives like its hackathon and FinTech pitching competition.

“We decided to make registration free of charge so the programme is accessible to more of the financial services community during this exceptional year,” said Chantal Van Es, head of Sibos in a statement on the organisation’s website.

“We hope the digital nature of this year’s event means as many people as possible will participate, including those who haven’t previously visited Sibos in person.”

As one of the largest conferences in financial services, the flagship event hosted by the payments network provider has been running for over 40 years, and moves its location throughout the world with each passing year.

The expo brings finance professionals together from around the world, and covers a range of banking topics including payments, securities services and technology. SWIFT set a record for attendance in 2019 with 11,500 delegates in attendance.

As with previous years, Global Custodian will be providing daily coverage from SIBOS Digital. For more information on our services around the virtual conference please get in touch with editor jon.watkins@globalcustodian.com or head of sales daljit.sokhi@globalcustodian.com.