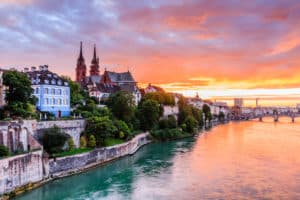 A potential ‘big bang’ of buy-side firms being swept into the upcoming initial margin rules for non-cleared derivatives has been given a vital delay until September 2021.

The Basel Committee and IOSCO have agreed to an extension of one year for the final implementation phase of the margin requirements, which would have enforced thousands of asset managers, hedge funds and insurers that had derivatives of a notional value exceeding €8 billion to comply with the rules from September 2020.

“The Basel Committee and IOSCO have agreed to this extended timeline in the interest of supporting the smooth and orderly implementation of the margin requirements which is consistent and harmonised across their member jurisdictions and helps avoid market fragmentation that could otherwise ensue,” the international regulator stated.

Those that were supportive of the delay include the International Swaps and Derivatives Association (ISDA) and the US derivatives watchdog, the Commodity Futures Trading Commission (CFTC).

The next phase of the rules, which will mandate firms with a derivatives threshold of €750 billion to post initial margin, is still set to come into effect in September 2019.

However, to facilitate the extension, an additional implantation phase will be introduced, as of 1 September 2020, that will cover firms trading uncleared derivatives greater than €50 billion.

“This solution should enable the largest Phase 5 firms who expected to move initial margin on or shortly after 1 September 2020 to continue with their preparations at pace while providing all other original Phase 5 in-scope firms with an additional year to determine if and when they need to be operationally ready to move initial margin,” said Mark Demo, head of industry and strategy, AcadiaSoft.

The uncleared margin rules will require firms to post collateral to a segregated custodian for their non-cleared derivatives trades, including FX forwards, cross-currency swaps, exotics and equity options, either on a tri-party or third-party basis.

BNY Mellon estimated that more than 640 institutions would be affected by the rules, and cover thousands of custodial relationships.

According to a report in April from SimCorp, only 7% of buy-side firms surveyed (out of 200) said they were fully compliant with the upcoming changes to their initial margin processes. Another study from Greenwich Associate in June also showed just 20% of buy-side firms had begun to examine the impact of the rules on their trading costs.