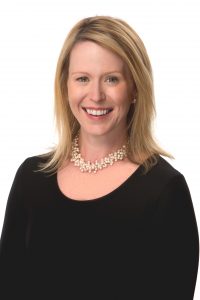 Michelle Neal is a proven industry-leading change agent. During a more than 20-year career in global finance and market structure issues, she has held senior leadership roles at some of the world’s most respected financial institutions, introduced numerous new platforms and been at the forefront of the electronic trading revolution that has changed the face of capital markets.

Since joining BNY Mellon as CEO of its Markets division in 2015, she has embarked on a transformational journey that is redefining the client experience and value proposition of custody banking.

As a result of her vision and application of new talent and automation, BNY Mellon Markets is rapidly evolving into a more modern, technology-driven and integrated counterparty.

In FX, for example, Michelle has focused on initiatives involving front-to-back business transformation, and she is currently closely involved with the upcoming launch of a new FX Prime Brokerage service.

Similarly, in the securities finance business, she has fostered the creation of DBVX, BNY Mellon’s peer-to-peer cash and collateral marketplace.

Michelle has built her extensive experience across a broad spectrum of capital markets and trading institutions, including senior leadership roles at Deutsche Bank, Nomura/Instinet and RBS.

Having spent almost two decades in London, Michelle is now happily settled back in her native United States. She lives in Brooklyn with her husband and young son. They are expecting their second child later this year.