Global Custodian is delighted to announce the winners of its prestigious annual Leaders in Custody awards, which took place at The Savoy, London last night. 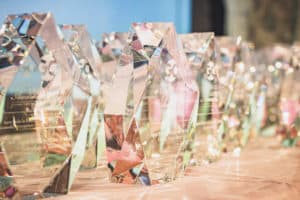 The biggest winners from the evening were Standard Chartered and SIX with three honours apiece, while Citi earned an acclaimed double victory for Global Custodian of the Year and its global head of securities services picking up the Lifetime Achievement award.

The awards celebrate the very best that the securities services industry has to offer across four primary categories: stand-out performers from our Agent Banks in Major and Emerging Markets surveys, Editors’ Choice Awards, Innovation Awards, and the newly-created Advanced Performance Awards (APAs).

Elsewhere Proxymity won a fiercely contested FinTech of the Year award, DTCC’s Project Ion was commended with Market Infrastructure Project of the Year, and Zodia received Digital Assets Initiative of the Year.

In the Agent Banks categories there were wins for Mizuho Bank, Eurobank and RMB Custody Services.

Deutsche Bank, S&P Global and UBS were the recipients of our inaugural APAs, which recognise excellence and innovation across our survey activity in the market.

Turning to the individual honours of the evening, Okan Pekin picked up the Lifetime Achievement gong, while BNY Mellon’s Roman Regelman took home the Industry Person of the Year trophy, as voted by his peers on the night.

Global Custodian also inducted no fewer than six new Legends to our Hall of Fame this year, acknowledging the fantastic work that the recipients consistently do in our industry. The personnel joining our Hall of Fame are Alvaro Camuñas, Alex Krunic, Viraj Kulkarni, Samir Pandiri, Teresa Parker and Roman Regelman.

Congratulations to all of our winners, and thank you for helping to make it a truly memorable evening.

A full list of winners can be found below:

Global Custodian also handed out awards for Consistent Excellence within its Agent Banks Surveys. The new awards recognise those service providers whose clients have rated them above 6.00 out of 7.00 overall in a particular market and above 6.00 in at least two-thirds of rated service categories.