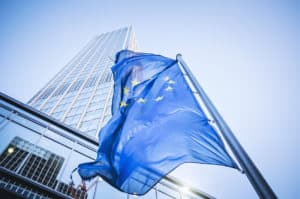 The EU and European Parliament have reached an agreement “in principle” to regulate trading of crypto assets in the bloc, aiming to protect consumers while allowing the relatively new asset class to flourish.

The new rules, known as the Regulation on Markets in Crypto-assets (MiCA) come as part of the first effort to impose regulated standards throughout Europe, as opposed to national rules.

According to the new legislation, transfers of crypto-assets will be traced and identified to prevent money laundering, terrorist financing, and other crimes.

In addition, Parliament and Council negotiators reached a provisional deal on a new bill aiming to ensure that crypto transfers can always be traced and suspicious transactions blocked.

The agreement extends the already existing “travel rule”, to cover transfers in crypto assets, which requires information on the source of the asset and its beneficiary travels with the transaction to be stored on both sides of the transfer.

Following the agreement, the EU Parliament said that crypto-assets service providers (CASPs) will be required to provide this information to competent authorities if an investigation is conducted into money laundering and terrorist financing.

Parliament negotiators ensured that there be no minimum thresholds or exemptions for low-value transfers, as originally envisaged, to combat crypto-asset transactions which simply avoid existing thresholds that would trigger traceability requirements.

In respect to protecting personal data, negotiators agreed that if there is no guarantee that privacy is upheld by the receiving end, such data should not be sent.

The new rules will also require providers – before making crypto-assets available to beneficiaries – to verify that the source of the asset is not subject to restrictive measures or sanctions, as well as ensuring there are no risks of money laundering or terrorism financing.

Negotiators have agreed that the MiCA, which is currently being negotiated, will involve the set-up of a public register for non-compliant and non-supervised CASPs, with which EU CASPs would not be allowed to trade.

In addition, the new rules will cover transactions from un-hosted wallets (crypto-asset wallet addresses used by private users) when with they interact with hosted wallets managed by CASPs.

For instance, if a customer sends or receives over €1000 to or from their un-hosted wallet, CASPs will be required to verify whether the un-hosted wallet is effectively owned or controlled by this customer.

However, the rules will not apply to person-to-person transfers made without a provider, such as bitcoin trading platforms or among providers that are acting on their own behalf.

“These rules will aim to bring about a much-needed pan-EU regulatory framework overseeing crypto-assets. However, it is important to note from a regulatory perspective that digital assets are not just about the trading of cryptocurrencies,” said Javier Hernani, head, Securities Services, SIX.

“The need for greater custody of digital assets is also increasing significantly. The industry will be seeking greater clarity around custodial liability agreements. This is particularly important as the number of new players entering the digital custody market has increased six times over the past six years.”