The European Securities and Markets Authority (ESMA) has actioned the postponement of the Central Securities and Depositories Regulation (CSDR) settlement discipline regime (SDR) after intense lobbying from industry bodies.

The regulation will now come into effect on 1 February 2021, giving market participants an extra six months to prepare.

In the announcement from ESMA, the regulator said the delay would allow for sufficient time for market participants and authorities to make the necessary IT system changes, to develop and update the relevant ISO messages, and to put in place the legal arrangements. 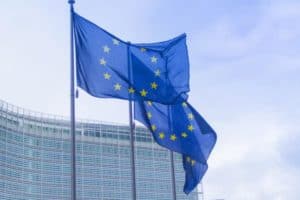 The postponement has been proposed in a final report which has now been submitted to the European Commission.

Following the endorsement of the RTS by the European Commission, the Commission Delegated Act will be sent to the European Parliament and Council for final scrutiny.

The delay will come as welcome news to market participants who have been actively voicing concerns over the impact of SDR and the readiness of the industry.

In recent weeks especially, trade associations have been stepping up their calls for regulators to delay CSDR buy-in regime in particular. The other major element of the regulation is the introduction of fines for settlement fails, which is less controversial, though participants still need extra time to prepare.

In a letter sent on 24 January, a collection of industry bodies called for a phased-in approach to the settlement discipline regime (SDR), as well as a deferral of mandatory buy-ins.

While the letter supports the rules to drive greater settlement efficiency, the consensus among both buy- and sell-side firms is that the mandatory buy-in regime will have significant negative implications on both trading and liquidity across asset classes.

The SDR is the CSDR component that aims to improve settlement efficiency in Europe, and its scope is wide.

CSDR is designed to harmonise settlement standards and promote competition, plus a key objective is to improve settlement efficiency. As the CSD market in Europe is not at all homogenous, there is no official data designated to quantify settlement rates for the region as a whole. Individual markets do publish their own data; however, the methodologies used to gather the data are not harmonised and therefore, the data is not suitable to create a blended figure.

In a comment piece on Global Custodian written by Tony Freeman of DTCC last year, he explained: “The penalties may not be large in value, but the administrative burden will be high.

“But perhaps the biggest issue is the potential impact on relationships, because when a trade fails, someone has to take responsibility for the failure. This could lead to some difficult conversations between clients and their brokers and custodians about who should cover the cost of a failed trade.”

In a statement released by the International Securities Lending Association (ISLA) shortly after the ESMA note, the trade body said it “welcomes ESMA’s announcement of a request to postpone implementation of CSDR settlement disciplines, and will continue to collaborate with other trade associations in clarifying the SFT requirements of this regulation; requesting guidance from ESMA on points that its members are unclear on; providing members with guidance on best practice.”