Home > Blog > The ‘problem first’ principle (and the plumbing)

The first quarter of this year has featured more than your average number of discussions about post-trade market infrastructure. The move to shorten the settlement cycle in the North American markets and India, the introduction of the settlement penalty regime in Europe, the fourth delay to Australia’s deployment of distributed ledger technology (DLT) as part of the Chess replacement project; there’s been more than enough reason to chat about the plumbing. However, a lot of these discussions have been technology first, problem second. 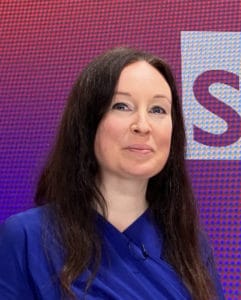 The challenges of replacing a core part of your infrastructure such as those being experienced by ASX are manifold. Add a new, largely untested in this context technology and you double or triple your project risk. The ongoing delays reflect some of this, but a lot of the problems aren’t technology related at all.

As anyone who’s had to deliver on a transformation project of any kind (big or small) knows, a large and very important component of any successful outcome is people. Stakeholder management. Making sure your stakeholders are on board with the programme to begin with, making sure they remain that way throughout and that everyone is clear on the problem you’re trying to solve and why it’s necessary. They can be internal stakeholders such as project sponsors and champions, they can be external stakeholders such as clients or regulators; but they’re all important to the success of a project. Of course, the more stakeholders you have to deal with, the harder the task at hand.

Getting the real perspectives of your stakeholders at the start of the process is also key and not as easily achieved as you’d think. There’s a lot of public window dressing and lip service that goes on within the industry. No one wants to appear to be antithetical to digital transformation, so having conversations away from the public eye will yield better results. Open, honest conversations about any concerns stakeholders may have about the project’s impact on their business are especially important as these need to be addressed before you’ll get true buy-in. If a stakeholder has reservations about a negative impact on their revenues in the short or long term, they will likely end up becoming a key sticking point for progress in the future. Many projects have gone awry for that very reason.

Politics can also significantly impact project success – both internal and external. Just look at the Hong Kong exchange’s ongoing challenges with the Synapse project for an example of the latter. Governments and politicians can be tricky to deal with and may force the hand of any market infrastructure to select certain technology providers over others to protect national interests, for example. Navigating these interests is never easy and they can also change mid-project as political regimes alter due to elections. Again, the key is to have frequent, open conversations that enable political stakeholders to understand the motivations behind the project and how they will benefit the national agenda.

To that end, and turning back to the title of this blog, these stakeholder communications should always put the problem before the technology. What problem is the project trying to solve and most importantly, which of the stakeholders’ problems will it fix? Are these problems significant enough for the stakeholder to care about the success of the project? Do the benefits to the stakeholder outweigh the costs over time? If the project doesn’t solve a problem, what is the point of it? Technology change for the sale of it isn’t going to fly with the wider community.

And another important consideration: just because a technology is perceived to be in some way better than another, it doesn’t mean it’s the right technology for the task at hand. On the T+1 conversation, for example, a lot of the industry chatter seems to assume that DLT is the ultimate end goal. We should never assume that all projects should follow the same path. Moreover, we’ve sometimes rushed into deploying technologies such as bots to fix manual processes without considering the long-term cost and risk involved. After all, risk never goes away, it merely transforms.

The saying might be that “talk is cheap,” but not having the right conversations with the right stakeholders at the right times can be very, very expensive indeed.