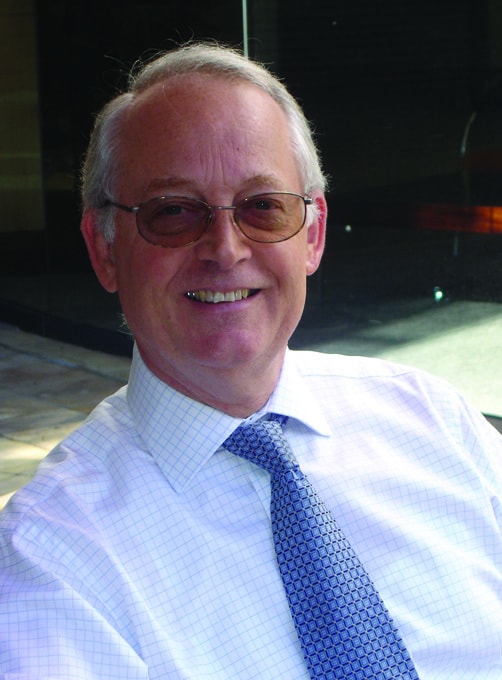 Nobody could accuse Charles Stevens of lacking the appetite for a challenge. Two years ago, when he was just shy of the age when thoughts turn to gardening and golf, he led the relocation of Barclays Securities Administration-the African custody network of the British clearing bank-from London to Johannesburg, at the time the most dangerous city in the world. This summer he leaves it in the safe hands of his chosen successor Chris Wooldridge, a former network manager who began his career at the Barclays Global Securities Services (BGSS) factory at Trowbridge in Wiltshire.

Wooldridge moved to South Africa last year and takes over at a pivotal time for Barclays. Nearly 20 years after its exit from South Africa in the late 1980s, the bank celebrated the 10th anniversary of its post-apartheid return in style by agreeing to acquire a 60% stake in the Afrikaner retail banking group, Absa. Wooldridge also takes charge of a custody network spanning Botswana, Ghana, Kenya, Mauritius, Uganda, Zambia and Zimbabwe, for which Stevens has done much to build up staff, technology and cross-border clients. The chief challenges for Wooldridge, says Stevens, will be to compete effectively with its sub-Saharan rivals. “It is important to develop the client base among the local investors, and it is now beginning to happen,” says Stevens. For the man himself, however, a working retirement beckons-during which he expects to write as well as consult.

The departure of Stevens marks the end of an era, for he was almost certainly the last person still working for Barclays Bank who had direct personal experience of the former colonial arm of the British clearing bank. He joined Barclays DCO-the abbreviation was, in tribute to the Imperial past of Great Britain, for Dominion Colonial and Overseas branches-in 1967. With nothing but a law degree (failed) to his name, he joined the executor and trustee departments. His job would now be described as private banking, and Stevens was posted to Barbados in the early 1970s. There he met his wife, marrying her in 1972. “I had to get the bank’s permission to get married,” recalls Stevens. “It was a different era.” Three years in the Cayman Islands followed between 1972 and 1975. It was long before the hedge fund boom, but the post gave him a ringside seat at an infamous financial scandal of the period, when Robert Vesco looted the beleaguered Investors Overseas Services (IOS) mutual fund business owned by another villain of the time, Bernie Cornfeld.

That knowledge of the dark side of mutual fund investing helped Stevens when he was moved to run the Barclays Unicorn offshore mutual funds business in the Isle of Man. The island was enjoying something of a boom on the back of expatriate army officers and business executives looking to park unspent earnings overseas. Stevens spent nine years there before decamping to Hong Kong as accountant to the investment management operations of Barclays Investment Management Asia (BIM Asia). Then in the run-up to the London Big Bang of October 1986, he had the melancholy task of closing down BIM Asia. “But it was my first experience of running the back office of a fund manager, and it has stood me in good stead in the custody business,” says Stevens. In fact, his next job was to run the custody operations for Barclays in Tokyo before returning to London in 1991 after the Japanese bubble burst. He took a job in corporate trust, part of the then-ambitious BGSS business that Mike Grass and Alex Jablonowski were about to take over from Alex Tweedie (who took a regional management post with Barclays in Norwich) and Julian Gibbs (now a consultant with Thomas Murray).

For a brief time, the Barclays senior management encouraged their grand ambitions for BGSS. But in late 1996, BGSS was sold to Morgan Stanley, which in turn sold it on to Chase barely a year later. Stevens might have found himself out of a job, but the African custody operations was the one piece nobody wanted to buy. “Mike Grass was looking for someone mad enough to sort out the African custody network and settled on me,” recalls Stevens. “There was a bit of an emerging markets boom going on at the time, and it struck me as an interesting time to get involved in Africa.” If it was an interesting time, it was certainly not an easy one. International investors soon lost interest in Africa and Stevens spent much of his time maintaining a service on the back of nugatory levels of business. But Stevens loved every minute of it. “I have always liked crossing cultural bridges,” he says. “That is what drives me. And Africa has allowed me to indulge that side of myself.” Anybody looking for a cultural bridge-builder, especially in emerging markets, can find Stevens in the Barbados telephone directory. Energetic and enthusiastic as ever, he is looking for new bridges to cross.