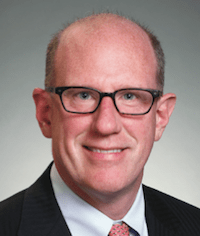 Securities lending veteran Craig Starble says that what separates him from the industry is that he has attempted to be an independent thinker, often times straying from conventional standards and theories.

Starble is widely credited for having challenged the traditional securities lending model, giving it a much-needed facelift after the financial crisis and preparing it for future growth. Although securities lending is a risk/return investment product, prior to the crisis it did not receive the same level of attention as other investment decisions, he says. “After the financial crisis in 2008 it seemed obvious that the securities lending industry needed to change,” he says. “I believed that independent providers that specialized in custom products and services, reporting and intrinsic value lending were best positioned for future growth.

“I also believed that client-driven solutions would become the differentiating model for the industry and that this service could only be provided by an independent securities lending agent that was un-conflicted and 100% focused on the securities lending industry.”

Starble experimented on this model when he designed and launched a securities lending operation Premier Global Securities Lending (PGSL) in 2010. Before that, he was head of State Street’s global securities lending division, with responsibility for directing a vertically organized global division of 450 individuals comprised of trading, client service, product development, sales, operations, technology, credit/risk and asset/liability management professionals.

Starble takes stock of the changes since the crisis and how they provided a good grounding for a new model in securities lending: “The Lehman Brothers default, combined with longer dated/illiquid cash investments, led to concern about, and often the suspension of, many securities lending programs. Beneficial owners today have a greater understanding of the inherent risks of a securities lending program, [with] the primary areas of concern being counterparty exposure, liquidity and credit/duration risk in the cash collateral portfolio, which highlighted the need for a model that could address the requirements of those seeking highly customized programs to address their varying risk tolerances.”

Then, when Parthenon Capital Partners acquired eSecLending in August this year, Starble was again given an opportunity, as an investor and as chief executive officer of the securities lending agent, to further build on his model, expanding the depth and industry perspective of the senior management team.

Starble has big plans for the firm as he looks to apply innovative thinking to meet industry challenges. “As the industry changes, our clients look to us to provide new solutions, and naturally we seek to modify the products and services we offer clients,” he says. “When all is said and done, it’s performance and value that matter most—after all, clients have to go back to their management and show that this is a viable business that is capable of generating a meaningful amount of revenue.

“So from an agent lender perspective, going forward I think the real winners will be those who can adjust the fastest to the changing lending environment. Because of our independence, I believe that we have the capacity to properly respond to these changes as they occur—and therefore be able to keep our clients out of harm’s way in the long run.”

Despite the swathe of regulation impacting the securities lending industry, there are many reasons to be positive, says Starble. “While I don’t feel that the influx of new rules will be nearly as restrictive as some have suggested, one way or another they will affect how the industry operates, and as such, market participants will be required to find alternative solutions and strategies in order to adapt. I feel that ultimately it’s up to the agent lenders to find innovative solutions to assist clients in navigating the markets once these rulings are finalized.”