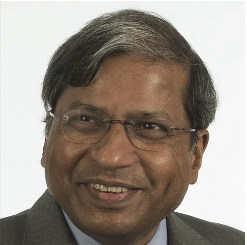 “It’s getting better all the time,” as The Beatles sang, and Ranjit Chatterji says that it couldn’t be any truer than for emerging markets. The rapid liberalization during the 1990s of “market infrastructure development and, in particular, dematerialization, which has had an enormous impact, is making the process much safer, easier and more efficient,” says Chatterji, Citi’s head of global network management.

It’s something he would certainly know, as he’s been an influential figure in the emerging markets business during perhaps its most interesting time. After joining Citi’s securities services business in 1987, Chatterji led the firm’s push into the custody market in Latin America during the 1990s and has also headed up regional market management in the Mid-East, Western European and Central and Eastern Europe, in addition to emerging markets coordination for the global business.

Dematerialization, as Chatterji points out, has been particularly instrumental in easing headaches for custodians starting up operations in emerging markets. “Dematerialization and the building of CSDs [central securities depositories] was an interesting process from the late 80s to the late 90s,” Chatterji says. Volumes were rising at an alarming rate-alarming because it unleashed an inundation of paper certificates that were becoming increasingly impossible to handle. “In Indonesia, we experienced volumes like that, and you saw paper certificates lining all the floor space on the vault,” Chatterji says. “People were talking about storing certificates outside of the vault because they didn’t have any room.”

Today’s custody world isn’t as cut and dry as certificates on a vault floor, though. Things are changing faster than they were, as evidenced in the rapid proliferation of new instrument classes and the emergence of prime brokerage, which was unknown even a few years ago. “Broker-dealers are acting more and more like custodians,” Chatterji says. “In a way, you could say there’s a bit of blurring of functions among different players. And it doesn’t sound as if that’s going to stop.”

Besides the critical issues in the short term to reduce risk and inefficiency, other changes are afoot for the industry, Chatterji says. While securities settlement and depositories are being addressed, another area critical to custody operations that hasn’t gotten much traction is the area of asset servicing, such as corporate actions. “We have a large amount of inefficiencies and some would say risk,” says Chatterji, who is Citi’s representative in the International Securities Services Association (ISSA) and currently leads ISSA’s working group on corporate actions. “We have a lot of organizations working on this area, but that’s probably because it’s a harder area with more players involved. It’s taking its time. It’s not new, but it will see a good deal of focus in the next few years.” With his record in emerging markets so far, it’s good to see that Chatterji is at the helm of this issue, too.